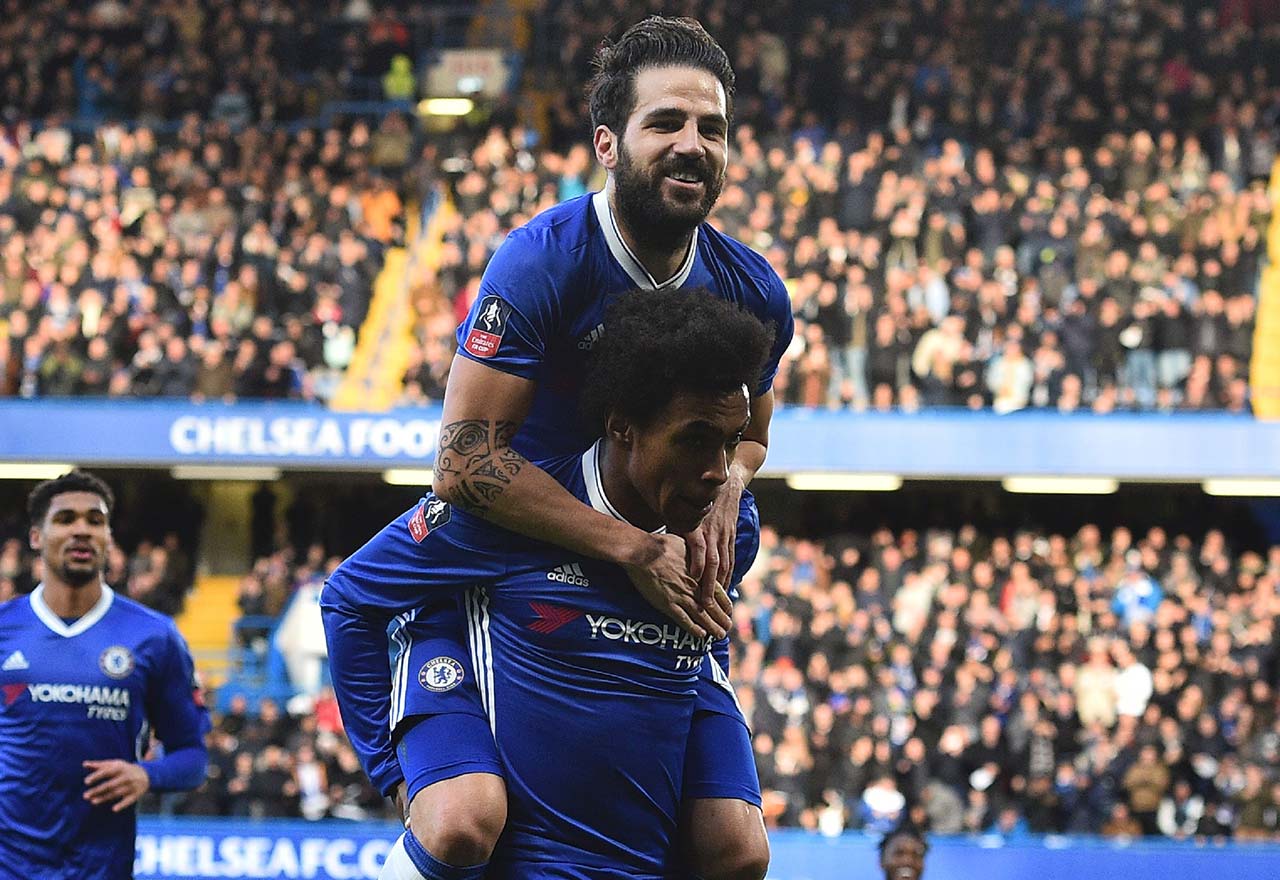 Chelsea eased past Brentford and into the next round of the FA Cup with a 4-0 win, in what could prove to be a last game for the club for a few of the players out on the pitch.

John Terry and Asmir Begović started the match, with the former expected to leave at the end of the season and the latter to move to Bournemouth by the end of the transfer window. Branislav Ivanović also made an appearance from the bench and managed to chip in with a goal, as his time at the club also comes to a close.

It didn’t take long for Chelsea’s superior quality to show out on the pitch, with the opening goal coming in the 14th minute from Willian. The Brazilian fired in a brilliant free-kick, which gave the goalkeeper, Daniel Bentley, no chance.

Pedro then doubled the lead in the 21st minute. With a well-timed run, the Spaniard was found by Michy Batshuayi and he then slotted the ball under the goalkeeper. With less than half an hour gone, the Premier League leaders had seemingly wrapped the tie up already.

Chelsea’s third came in the 69th minute, as Ivanović finished off a quick counter-attack. With the Serbian expected to leave the club by the end of the transfer window, it was a fitting way for him to go out at Stamford Bridge.

The fourth and final goal came from Michy Batshuayi, who scored from the penalty spot after Ivanović was fouled in the area.

Despite the impressive score-line, Chelsea could have managed more, with Batshuayi having had a goal ruled out for offside, another cleared off of the line and Ruben Loftus-Cheek coming close on a few occasions.

Up next for Chelsea are Liverpool in the league, and Conte will be delighted that he didn’t have to spare many of his first-teamers and that his side managed to avoid a replay in this tie.