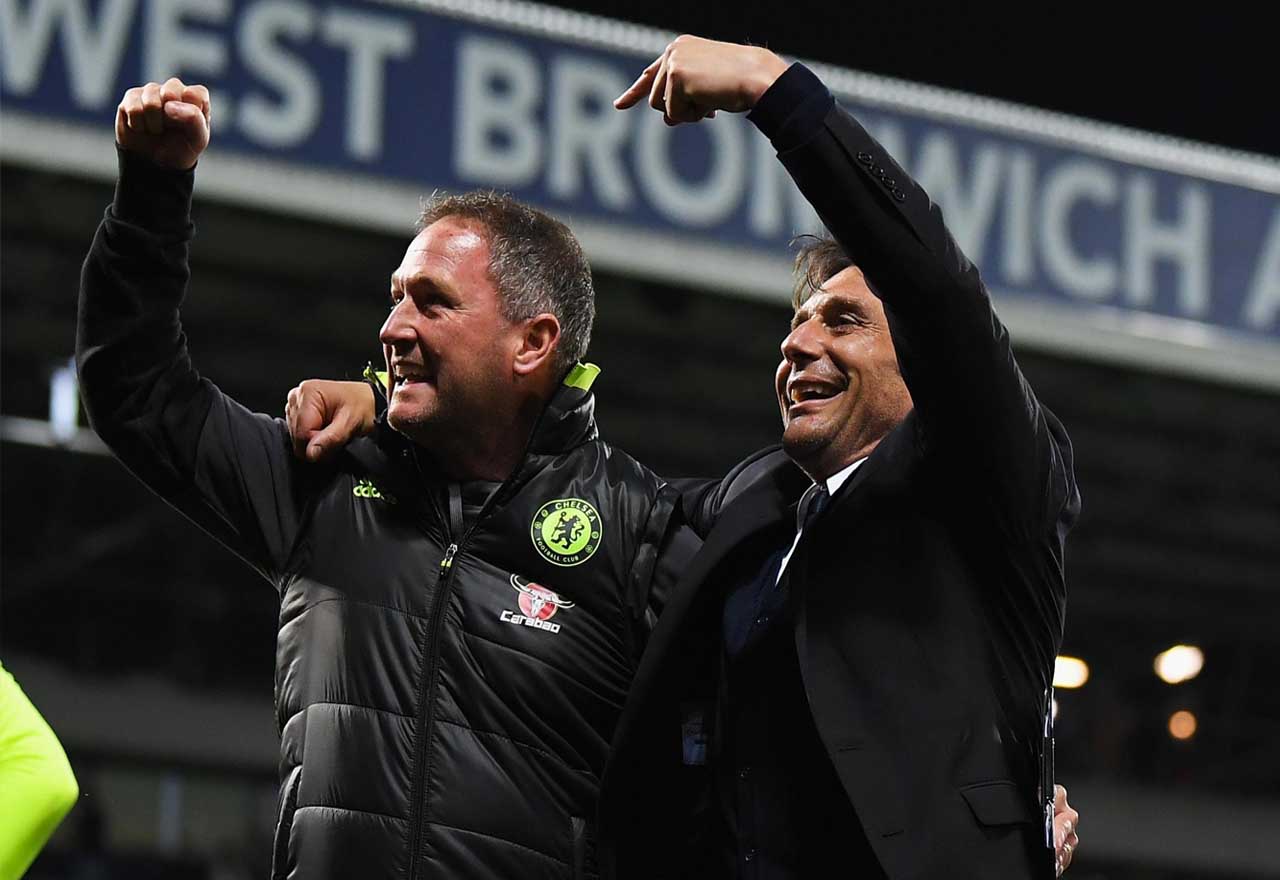 Two familiar faces have been spotted in attendance at Vicarage Road for today’s clash between Watford and Leicester City.

Today’s game marks the beginning of Brendan Rodgers’ time as Leicester City manager, with Claude Puel losing his job following a run of poor performances. Rodgers is a Chelsea man so we wish him well – and we’re not the only ones with an affiliation to the Blues offering their support this afternoon.

The last thing you would expect to see at a game between Watford and Leicester is Antonio Conte and Steve Holland sitting together in the stands. The pair worked together at Chelsea and are clearly staying in close contact. They’re pictured cosying up to each other high up in the stands at Vicarage Road.

Antonio Conte and Steve Holland are in the stands at Vicarage Road. 👀 pic.twitter.com/pVSVkWwxN6

It’s nice to see the pair are staying in contact and football-obsessed Antonio is still getting his fix. We can’t help but think this is a little weird, however. They must have found plenty they had in common if their relationship is continuing to flourish beyond their time in the Chelsea dressing room.