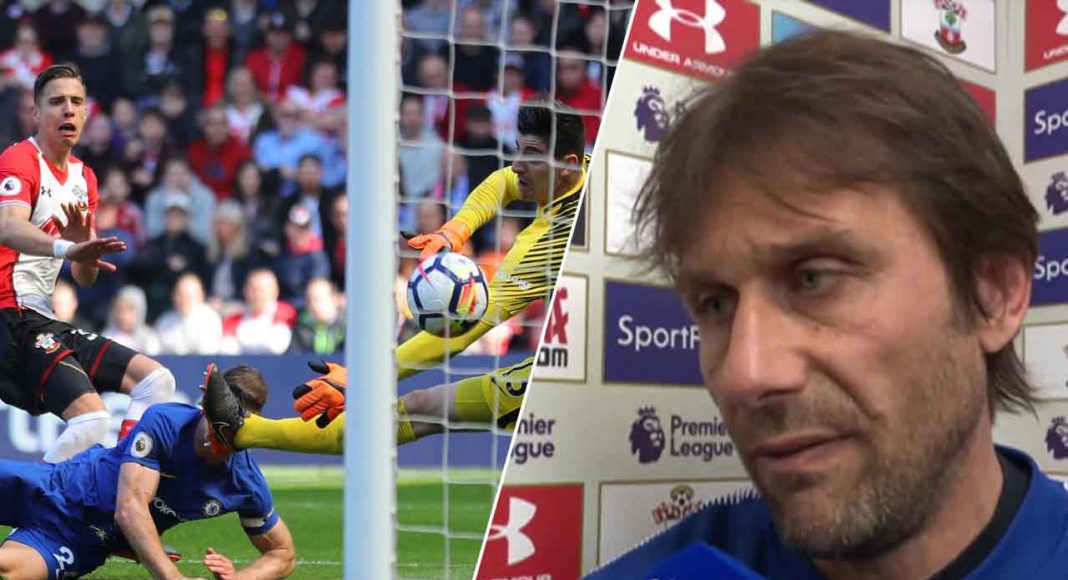 Antonio Conte TORE into his Chelsea players at half-time during their clash with Southampton on Saturday afternoon.

Heading into the game, the squad will have known that they had merely the faintest hopes of qualifying for the Champions League following their shortfalls in the weeks prior.

Losing to Tottenham at Stamford Bridge for the first time in 28-years was a hammer blow to our pursuit of a finish inside the top four. Needlessly throwing away two-points against West Ham appeared to be the nail in the coffin.

You’d have thought that the Chelsea players would go to St. Mary’s knowing that they needed to fight, but they showed little intention of doing so during the opening 45 minutes.

According to the Telegraph, Conte blasted his players at half-time, branding their performance “s**t”. His criticism, plus the introduction of Olivier Giroud, appeared to have the desired effect.

We’ll have to credit Antonio for that one!