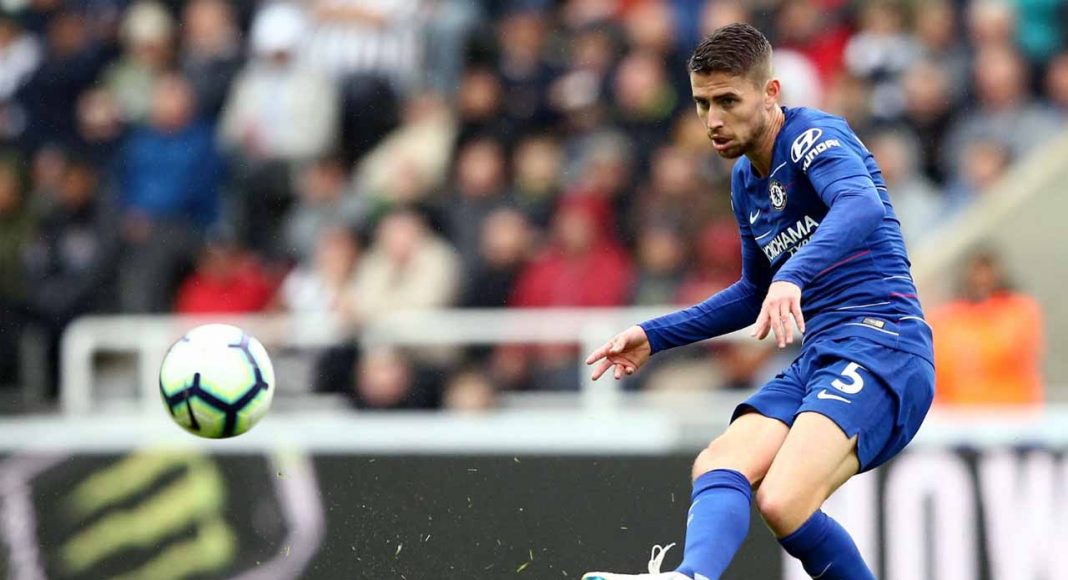 Chelsea’s victory over Newcastle United was one of the most dominant displays you’re ever likely to see. The scoreline is almost misleading.

Newcastle were camped in their own half, attempting to limit Chelsea’s space between the lines and stunt their progression towards to goal. It worked. They executed Rafa Benitez’s game plan effectively.

However, amid all the frustration from a Chelsea perspective came a shining light – Jorginho. The Brazilian-Italian dominated in the middle of the park, completing 158 passes across the St. James’ Park turf.

One hundred and fifty eight. That’s absolutely obscene. In fact, it’s the third most any player has ever managed in a single Premier League game, which is testament to both his impact, and Maurizio Sarri’s influence.

Ilkay Gundogan holds the record. He only set it back in March. The Manchester City midfielder played 167 passes against… Chelsea. Teammate Fernandinho completed 164 against Everton. That was also last season.

Chelsea are a different breed under Sarri and it’s incredibly entertaining to watch. The most exciting part is – this is just the beginning. The best is yet to come from the Blues.