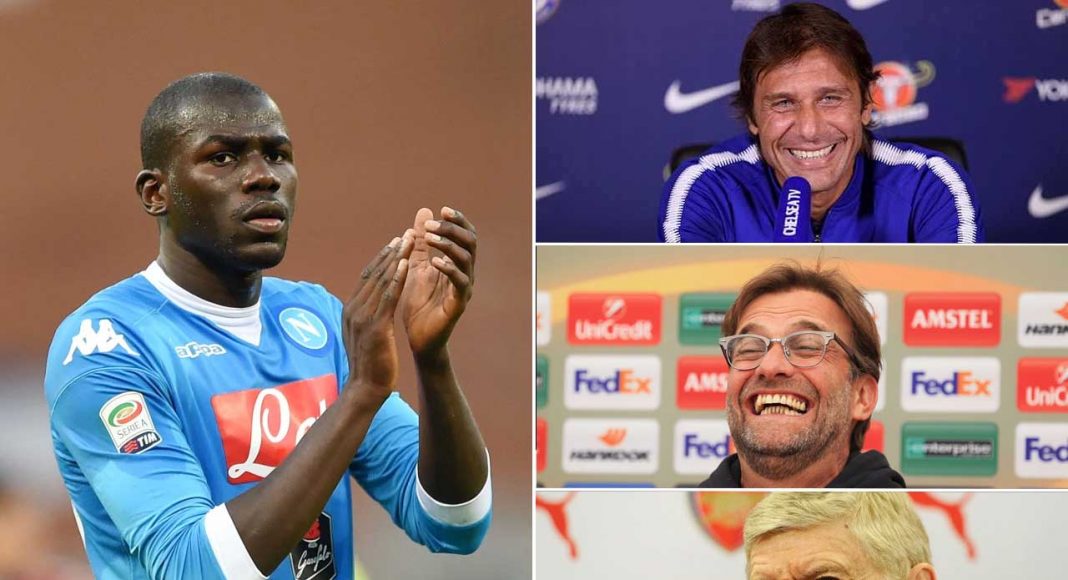 Chelsea are looking to strengthen at the back next season and a player that has been much-admired by the club in the past has been linked once again with a move to Stamford Bridge.

Kalidou Koulibaly’s monumentous performances at the back for Napoli have put the 26-year-old on the centre stage. So much that Napoli president Aurelio De Laurentiis revealed to Goal in April of last year that the Serie A side turned down a £47m bid from Chelsea.

Despite this setback, the Blues are making a nuisance of themselves to Napoli by coming back in for the centre-back, as Italian news outlet Corriere dello Sport reports (via Talksport).

Koulibaly’s physical attributes as well as his technical ability with his excellent passing range has also been noted by Arsenal and Liverpool who are also interested in the Senegalese man, stated in Corriere dello Sport’s report.

The market value of Koulibaly highlights his continuous progression with Napoli set to hold out for in excess of £65m for their asset.

Gary Cahill and David Luiz’s future at Chelsea has been put in the spotlight and Koulibaly would be a perfect replacement for either player.