Talk Chelsea
Home News Chelsea could be set to benefit from The FA’s reforms on yellow... 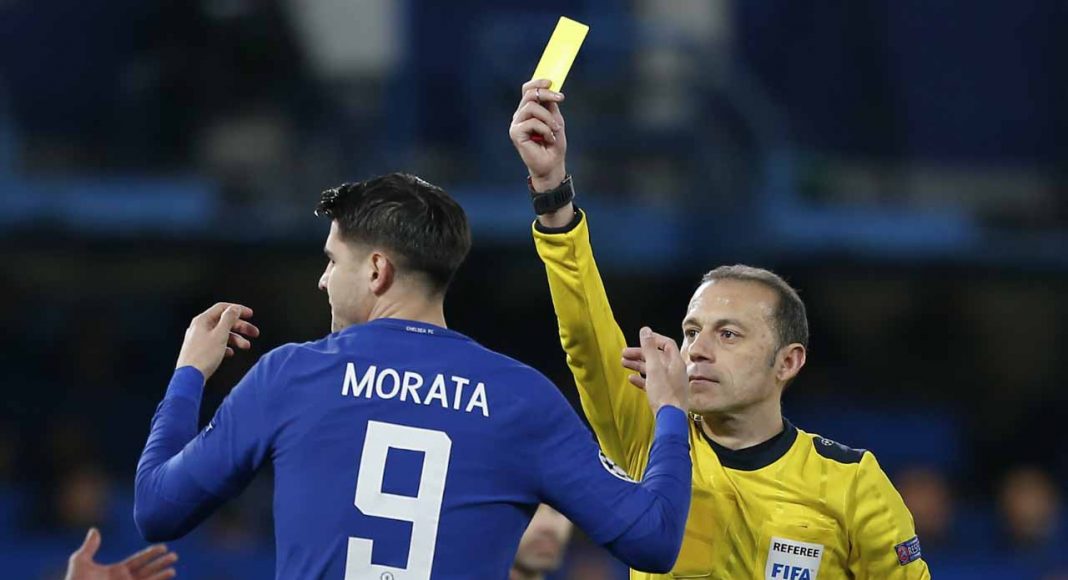 The FA have changed the way that yellow cards will be accumulated this season – and it could prove to be good news for Chelsea players.

There’s nothing more frustrating than seeing an important player pick up a silly booking in a cup game and subsequently be ruled out of the next Premier League fixture. Thankfully, we’ll no longer see it.

The FA have announced that yellow cards will now be ‘competition specific’, meaning if a player is shown a yellow card in the FA Cup, it will have no bearing on their involvement in the next league fixture.

Alvaro Morata was suspended last December after accumulating five yellow cards. He’ll still have to tread carefully in the Premier League, but can hack and dive to his heart’s content in the FA Cup and be available for the following league game.