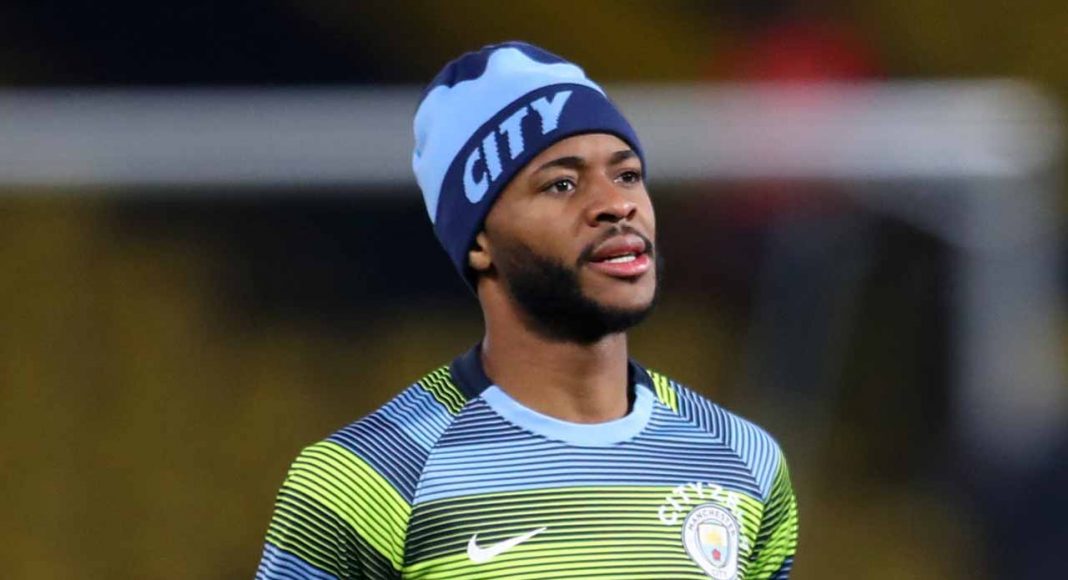 The Chelsea fan who was caught on camera abusing Raheem Sterling on Saturday evening has insisted that his words were NOT racist.

You will have seen the clip by now. Whatever the four fans that have been suspended we’re directly in Sterling’s direction was malicious and unnecessary, and they all ought to be punished as a result.

One of the men involved, Colin Wing, has been accused of using racist language towards Sterling, an allegation which he has denied during an interview with the Daily Mail.

He also went on to reveal that he has lost his job and his season ticket as a result of his actions on Saturday. Shall we get the violin out for him?

You can decide for yourself whether you think Wing was being racist in the video, but we don’t think he should be allowed back in the Bridge regardless of the findings in this ongoing investigation.

This guy, far right, blue jacket, glasses, screaming what looks like vile racial abuse. Kick him out ⁦@ChelseaFC⁩ ⁦@premierleague⁩ ⁦@kickitout⁩. Does anybody know him? Not just awful for Sterling but other fans, not least the black guy behind him. pic.twitter.com/UwXUGobkoH

Abuse, racial or non racial, should not be allowed to become normalised in a football stadium. Let this be an example.

Previous articleRaheem Sterling update: Four fans suspended by Chelsea in relation to alleged abuse
Next articleTransfers: Chelsea linked with move for winger who has 10 in 13 this season