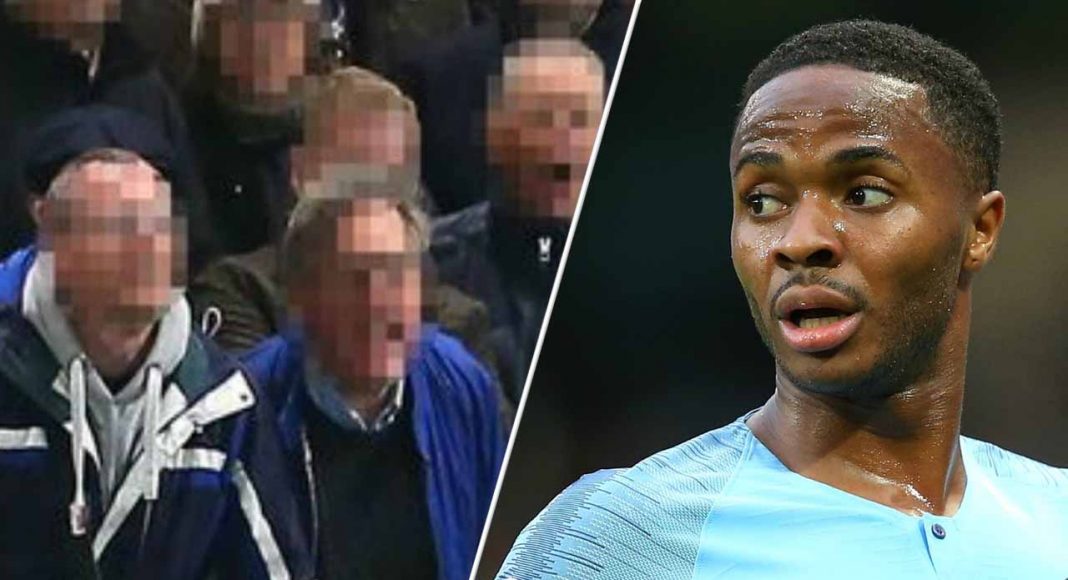 Chelsea have confirmed on their official website that four supporters have been suspended from attending Stamford Bridge in relation to an incident involving Manchester City winger Raheem Sterling on Saturday evening.

In case you’ve been living under a rock, you’ll be well aware of that both the backpages and social media over the past few days have been dominated by this topic.

This guy, far right, blue jacket, glasses, screaming what looks like vile racial abuse. Kick him out ⁦@ChelseaFC⁩ ⁦@premierleague⁩ ⁦@kickitout⁩. Does anybody know him? Not just awful for Sterling but other fans, not least the black guy behind him. pic.twitter.com/UwXUGobkoH

A Chelsea fan was caught on camera during our 2-0 win at the weekend appearing to use racist language towards Raheem Sterling. The England international dealt with the situation admirably.

Chelsea have now shared the news that four fans, including the man in the blue jacket, whose face has become famous in recent days, have been suspended pending further investigations.

It’s unclear whether any of these four will be allowed to step foot in Stamford Bridge at any point in the future, but if further evidence of racial abuse emerges, we expect that those involved will be punished by the full extent of the law.