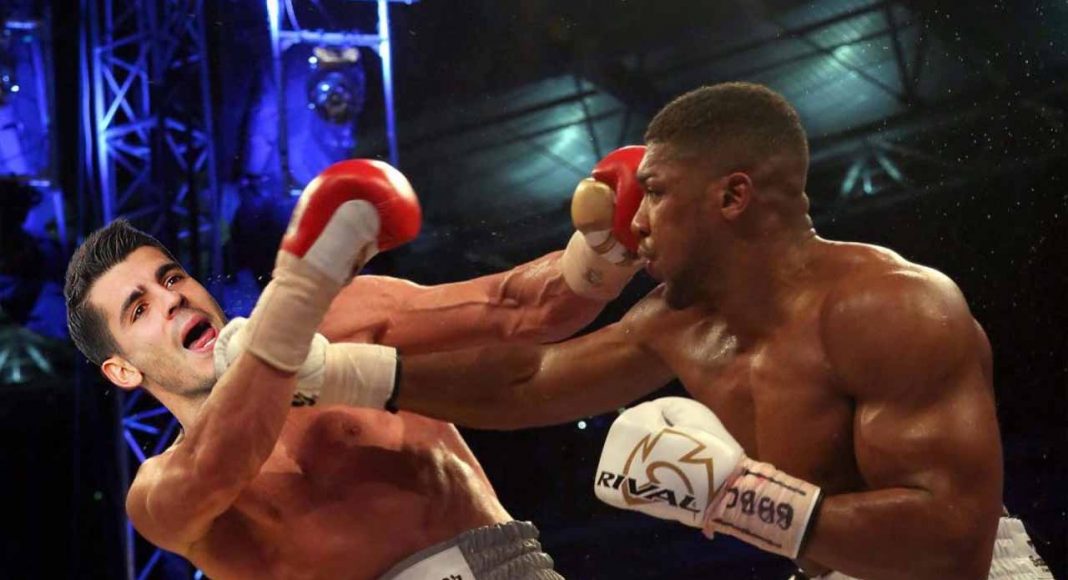 This is a sentence that we never thought we’d be publishing on our site – Chelsea fans are calling for Anthony Joshua to get in the ring with either of Willian and Alvaro Morata.

They were both awful against Wolves, and there’s no denying that we should upgrade on them at the earliest possible opportunity. Surely hoping for them to get in the ring with the IBF heavyweight champion of the world is a little too far, though?

Sky Sports Boxing tweeted out asking boxing fans who they wanted to see Joshua climb in a ring with next. A handful of Chelsea fans took it as an opportunity to try and shift the deadwood within the Blues’ ranks.

Unfortunately, we don’t expect to see either of them take on AJ anytime soon. He’ll have bigger things on his mind, while Morata and Willian need to pull their fingers out and make sure we get into the top four.

As a Chelsea supporter since 1969, one thing i have learned is to be patient. This season we started off really well and we looked like we were good enough to do something, despite what Sari thought. We hit a couple of lows, got a couple of bad results, and… Read more »