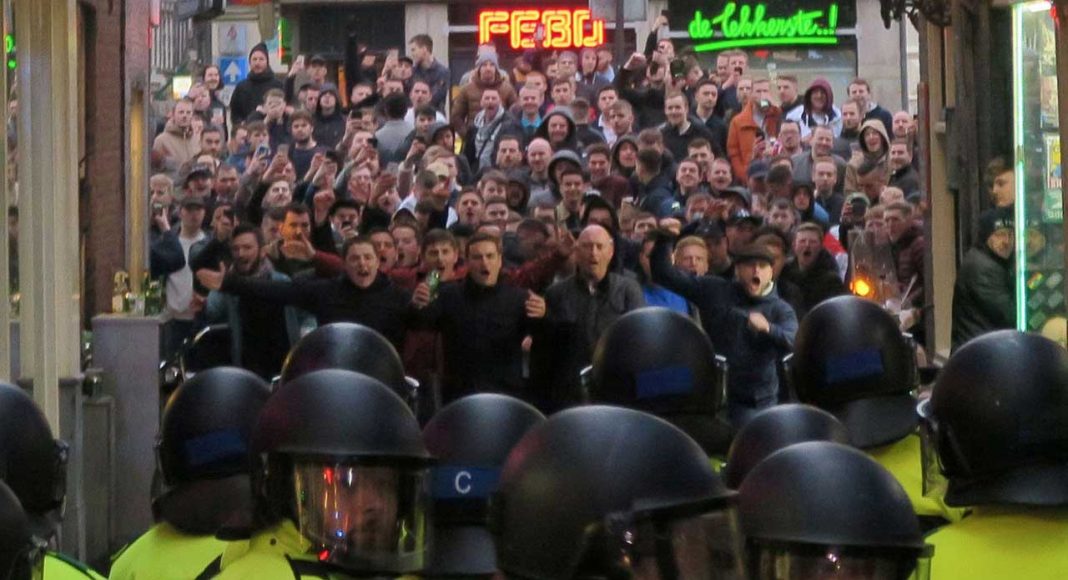 England fans caused havoc during their trip to Amsterdam – and some believe that members of the Chelsea faithful are partly responsible.

The England national team defeated Netherlands 1-0 in an international friendly on Friday evening thanks to a second-half strike from Manchester United midfielder Jesse Lingard.

5,234 Three Lions supporters made the short trip to the Dutch capital to watch the game, with many being accused of causing havoc both on the streets and in the canals.

The below footage was shared on Twitter of England fans chucking beer over helpless locals riding their canal boat under a bridge.

The BBC reported that over 100 England fans were arrested in connection with the chaos they caused during their trip to Amsterdam.

There were claims on Twitter that Chelsea fans were among those responsible for the disruption.

Fucking chavs in Amsterdam. ‘English fans’ is basically Chelsea and Westham fans getting on.

Though we can safely assume that supporters of the Premier League champions were highly likely to be involved, there is no definitive evidence to suggest as such.