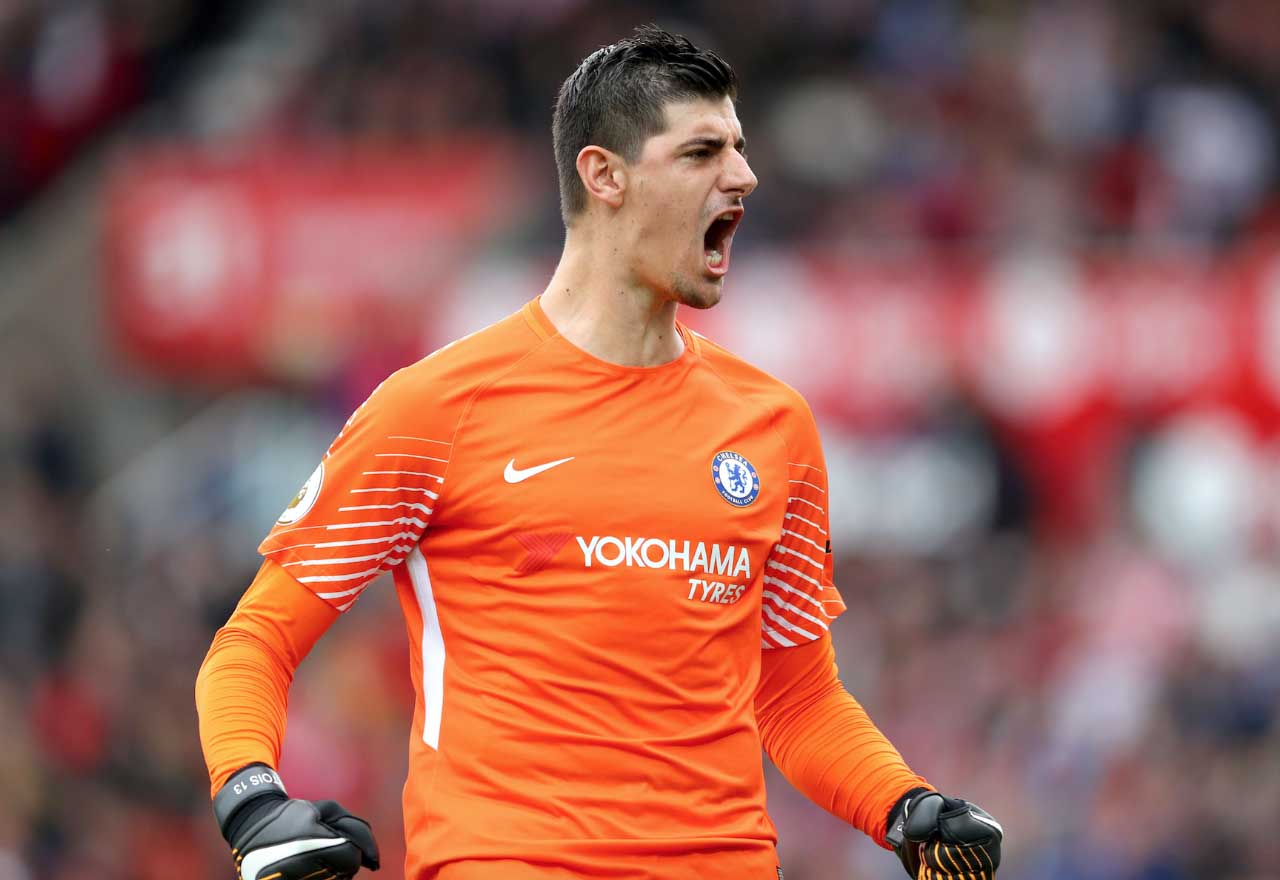 Thibaut Courtois has once again displayed his winners mentality by refusing to give up on the Premier League title.

The Belgian has won three league titles in the last four seasons, across two of Europe’s top five leagues. After defying the odds and winning La Liga with Atletico Madrid, he returned to Stamford Bridge, displaced Petr Cech and was a cornerstone in Jose Mourinho’s side that won the Premier League in 2014/15. Thibaut Courtois was phenomenal for Chelsea after returning for the 2014/15 campaign.

Courtois suffered a serious knee injury during the forgettable 2015/16 season which disrupted his campaign, but he was fully fit once more last time around, and the Blues benefited from it. Courtois nailed down the no.1 spot once again and collected his second Premier League winners medal. It seems unlikely that he’ll be adding a third in May with Manchester City currently occupying the top spot, 14-points clear of Chelsea. However, Courtois is not prepared to throw in the towel just yet.

Courtois is quoted by the London Evening Standard insisting that he will hold onto even the smallest of hopes that Chelsea can catch City:

“At the moment City is winning. They are far ahead. But you never know in football. You can have a bad month, three or four games you lose, you lose points.”

“We have to be there winning our games, to maybe have a little chance. The season is still long.”

What a great mentality to have!

Positive mindset men, keep your hope alive and fight till the end of it.