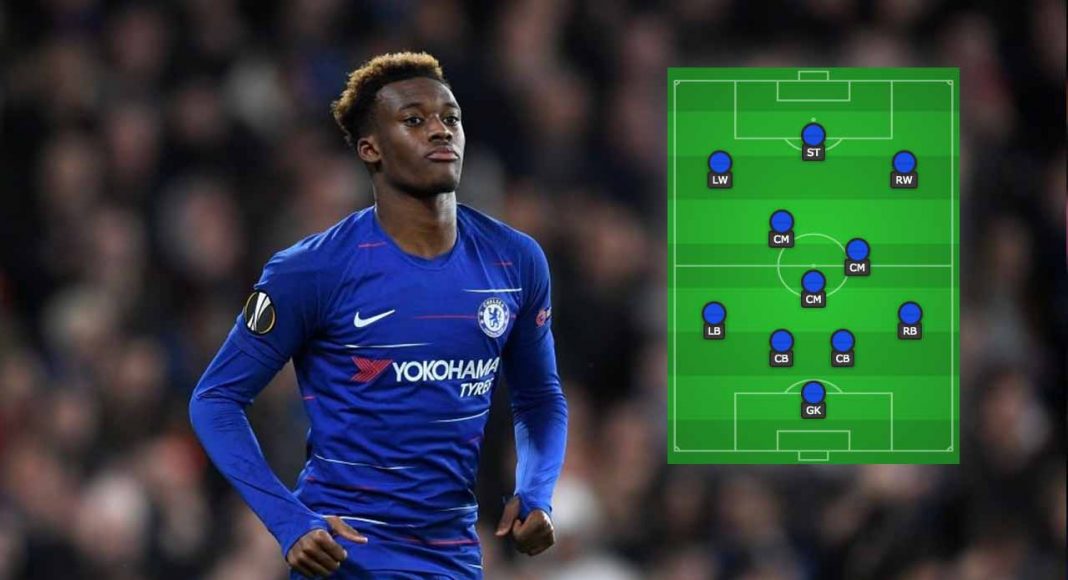 Chelsea host Bournemouth this evening in the Carabao Cup quarter-finals, and we’ve had a go at predicting how Maurizio Sarri will structure his team for the big game.

This competition baffles us on a yearly basis due to just how easy it is to reach the latter stages. We’re only in December, yet one game away from the semi-finals, where we could face League One outfit Burton.

It’s perhaps for that reason that people don’t take the competition seriously, but we have little doubt that Sarri will be, especially with him never having won a trophy in his entire managerial career to date.

Unfortunately for Maurizio he has three players unavailable. As written in our injury report, Eden Hazard, Alvaro Morata and Victor Moses are all ruled out as they continue their recovery from injury problems.

Taking that into account, and the fact that Sarri is likely to rotate his side, with the Premier League being our priority, we believe that Chelsea’s lineup will look something like this.

Let us know your thoughts on Twitter @TalkChelsea, where you can also follow our coverage of tonight’s game.