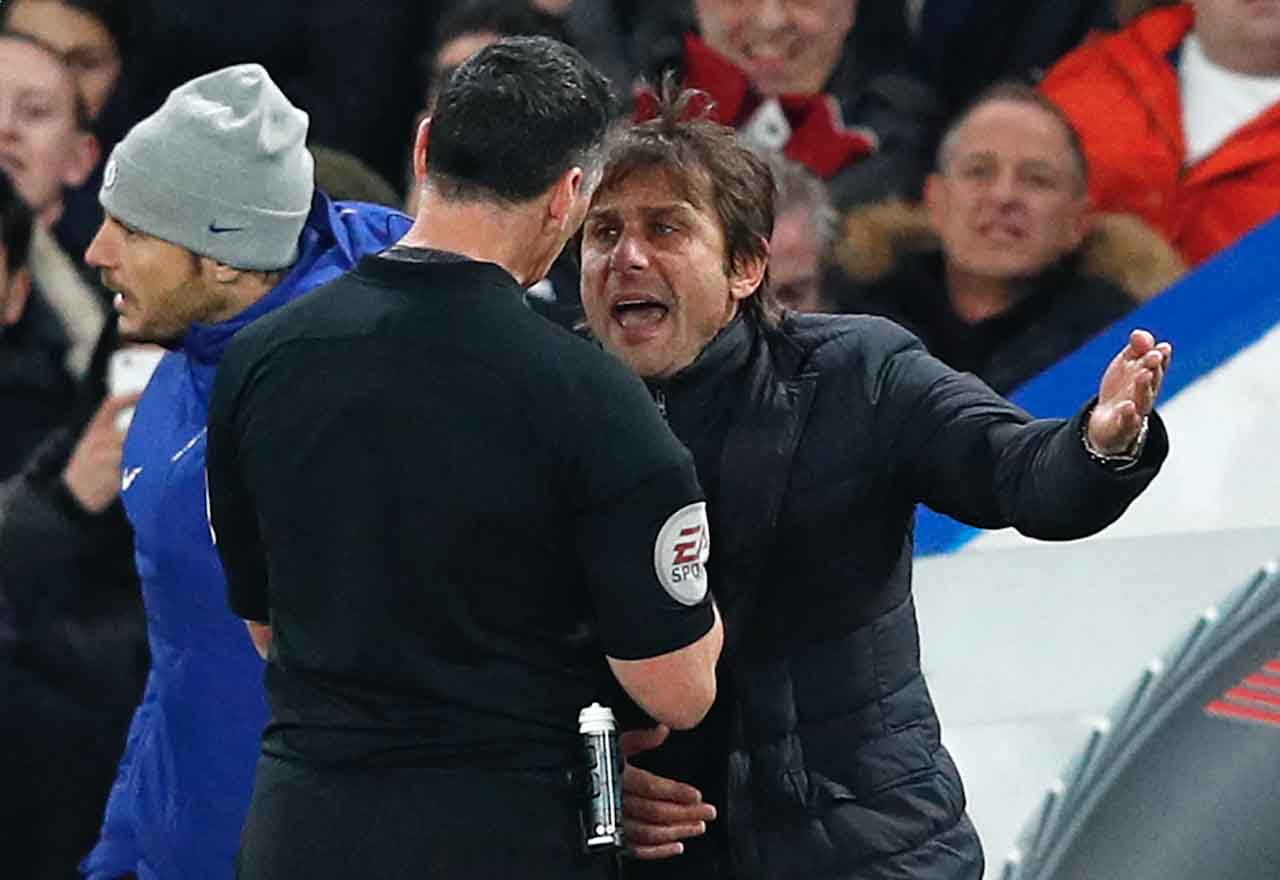 Antonio Conte has learned the punishment he will face for his touchline antics during Chelsea’s victory over Swansea City.

The Italian was sent to the stands by referee Neil Swarbrick in the first-half of the contest after being incensed by an incorrect decision not to award Chelsea a corner-kick. There were fears that Conte would receive a touchline ban after being charged by the FA for misconduct, but the Chelsea boss appears to have escaped serious punishment.

The BBC report that Conte will merely have to pay an £8,000 fine and will not be hit with a touchline ban.

That may seem like a lot, but managing one of the richest clubs on the planet will no doubt leave his bank account looking healthy.

Conte will be free to do his usual micro-managing in his technical area in all of Chelsea’s upcoming fixtures, which is excellent news.

Let this be a lesson to you, Antonio – behave!