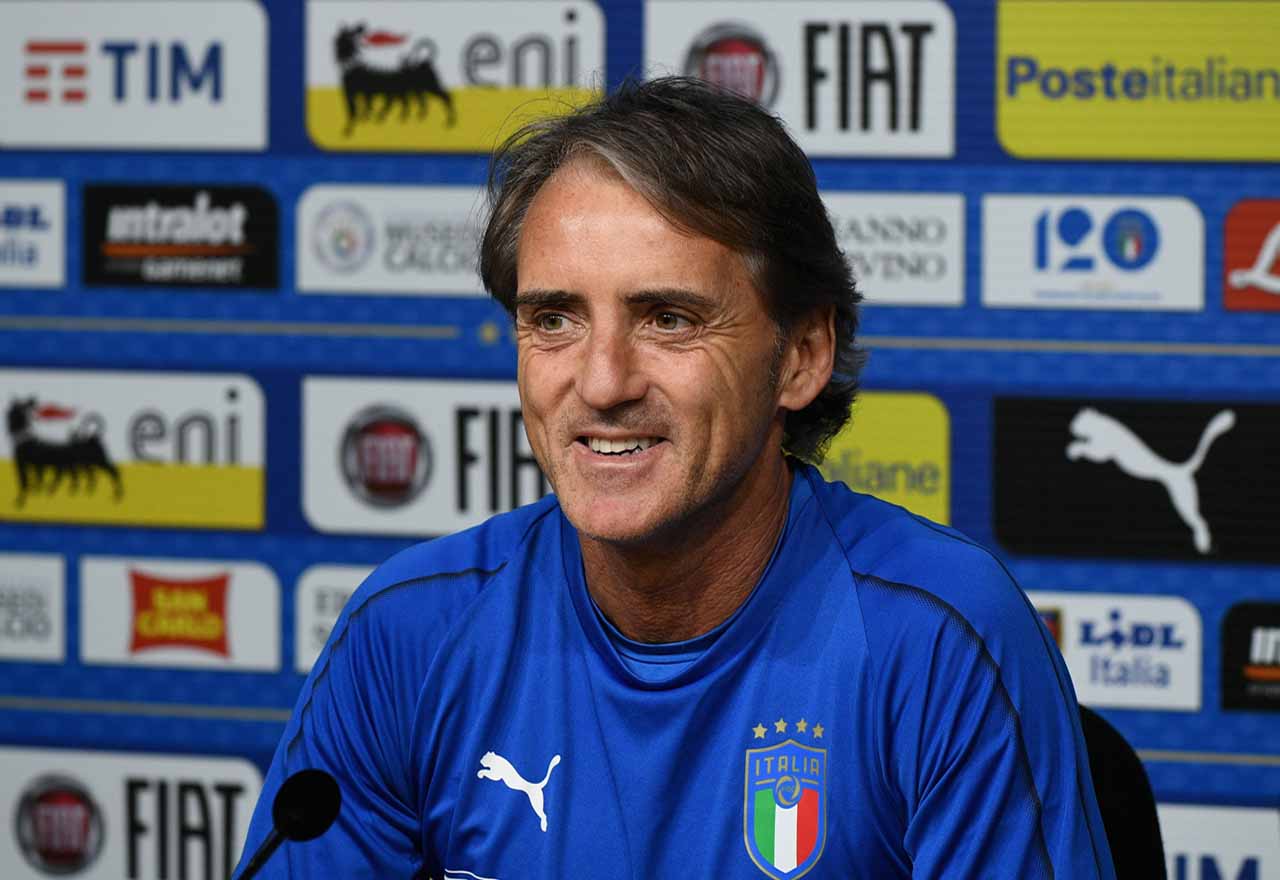 Two Chelsea fringe players have been called up to the Italy national team by manager Roberto Mancini.

Italy face Poland and Portugal in the upcoming international break as the UEFA Nations League gets underway.

The Azzurri’s 30-man squad was revealed by the national team’s official Twitter account, with Davide Zappacosta and Emerson Palmieri both making the cut.

Neither player has played a minute in the Premier League this season. Maurizio Sarri has more accomplished options available to him at both sides of his back-line.

There will be opportunities to come for both players, with Chelsea’s involvement in the Europa League essentially guaranteeing the squad’s peripheral players game-time.

For now, though, their best chance of getting minutes on the pitch will be while wearing the blue of Italy, rather than the blue of Chelsea. Zappacosta played second-fiddle to Victor Moses during his debut campaign as a Chelsea player. This time around, he’s being kept out by Cesar Azpilicueta, with Sarri fielding the Spaniard as an archetypal right-back.

As Standard Sport reported earlier in the week, Zappacosta confirmed that Inter Milan were interested in signing him. If he’s unable to force his way into the starting eleven, a January exit may well be on the cards.

Though out of favour at Chelsea, Zappacosta has made five appearances for Italy in 2018. His inclusion in Mancini’s squad for the Poland and Portugal games comes as no surprise. Emerson has made a total of five Premier League appearances. (Catherine Ivill/Getty Images)

Emerson, signed in January, is yet to show that he possesses the quality that would be required to push Marcos Alonso for game-time on the left-hand-side.

The former Roma full-back was born in Brazil and lived there until he was 20-years-old. He also represented his country of birth at U-17 level.

Having been granted Italian citizenship in 2017, and subsequently called up to the national team, it’s clear where his loyalties lie.