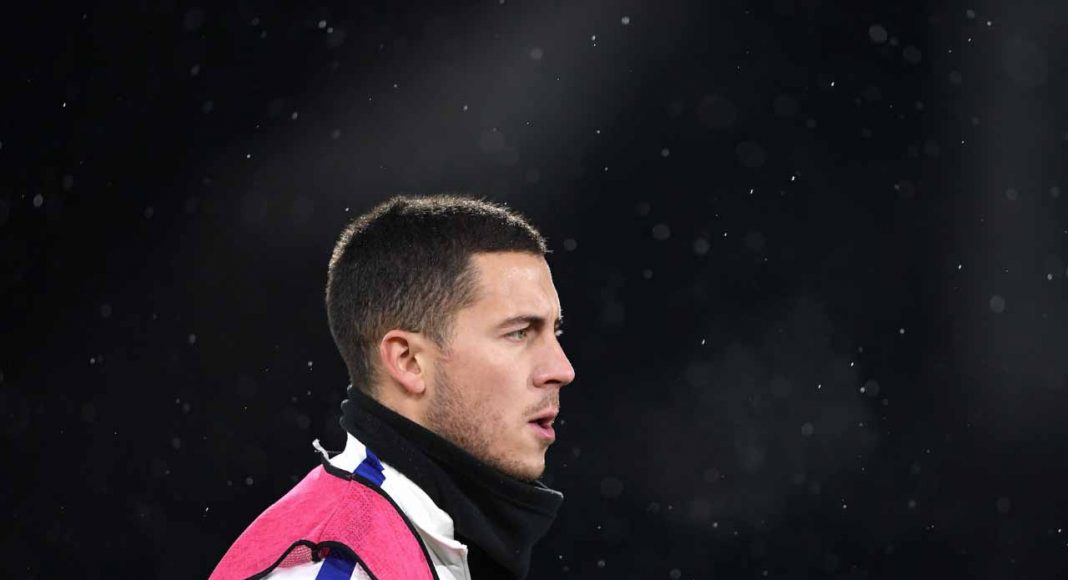 Eden Hazard has rejected the chance to increase his deal at Chelsea as he monitors interest from Real Madrid.

That’s according to his father Thierry, who spoke to Belgian newspaper Le Soir about his son’s situation at the Blues.

He revealed that Chelsea have received no bid from any club for our most prized possession. However, as contract talks continue to stall, interest in the forward continues.

“What I can reveal about Eden is that he refused a contract extension.

“This was so that, if necessary, he could follow the interest of Real, whom he could see himself playing for.”

How will Chelsea fair post-Hazard?

Picturing a Chelsea team without Hazard is daunting to say the least. Many of us would say the 26-year-old is comfortably the champions’ best player.

Even though we would hold out for an astronomical fee, replacing Hazard presents a difficult challenge.

If the club strengthens in other areas, then the thought of Hazard leaving Chelsea wouldn’t be so bad.

If Hazard was to opt to move to the Santiago Bernabeu in the summer transfer window, we’d need to make a real statement of intent in the market.

Give us CR7, Isco and Asensio in exchange for Hazard. Let RM keep injury prone Bale.

To be honest, if Bale isnt injured get him over. Or Isco/Ascencio