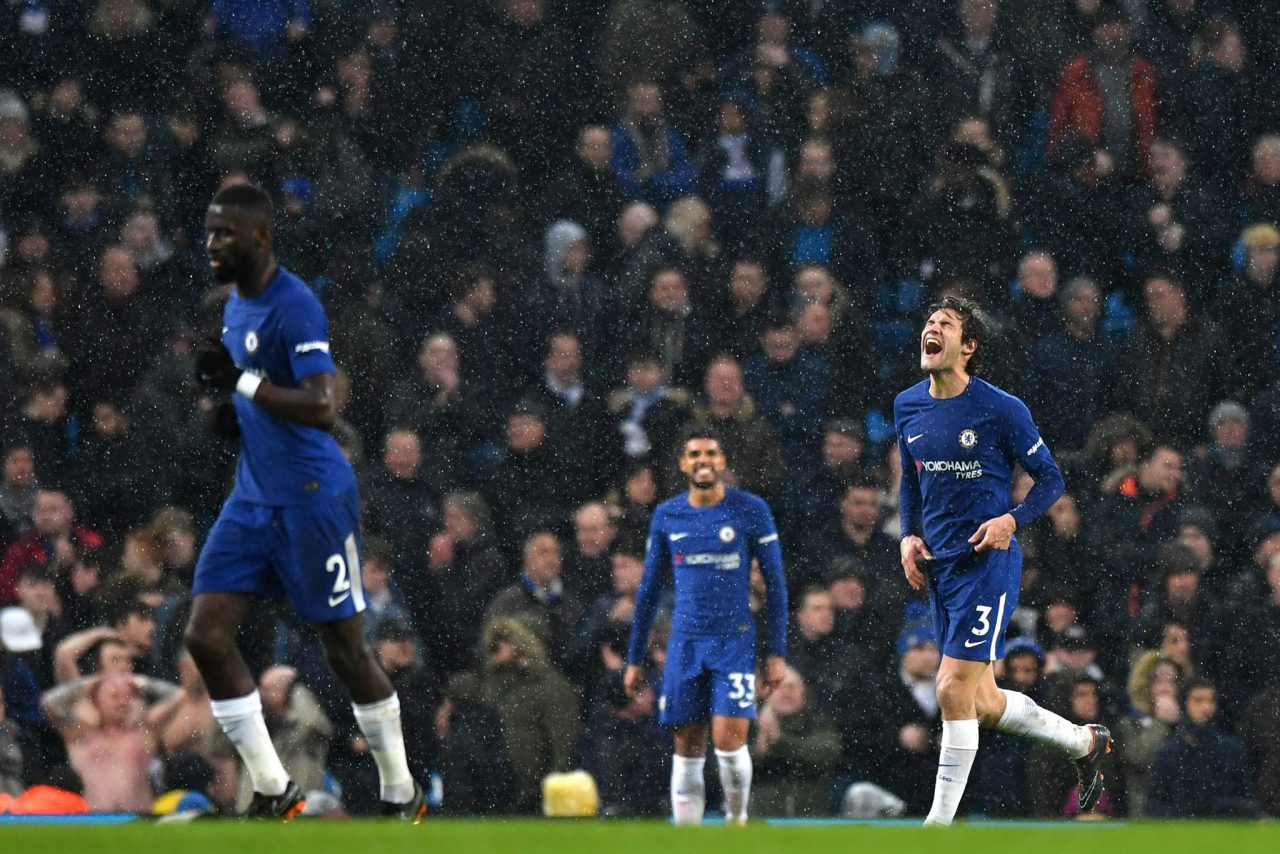 Chelsea players have continued to come out in support of the team but showed their frustrations after the 1-0 defeat against Manchester City.

This is exactly what happened when the Blues lost 2-1 to Manchester United last week and the same attitude hasn’t been shown on the pitch.

However, we can only put faith in the team’s abilities to get back on the right track and secure a place in next season’s Champions League.

Alvaro Morata came on in the dying minutes of what was a poor team performance against league leaders City as the Spaniard has no effect on the match.

The Spaniard has been struggling for form but starting or bringing him on earlier in the game would have been beneficial, at least for himself.

Morata shared positive vibes on Instagram despite the defeat.

Now we need to be more united than ever!!! This TEAM is going to fight until the end!! Go Chelsea!!! 💪🏻🔵

Cesar Azpilicueta may have been troubled at times by the relentless attacking prowess that City have. Leroy Sane posed a great threat for the ever-reliable Spaniard and would have scored had it not been for Dave’s goal line clearance moments before half-time.

The stand in captain on Sunday replacing Gary Cahill once again was upset over another poor performance and damaging result in the Premier League.

Our disappointment is very hard to put into words. Thank you fans across the world for your support 💙 #Together

Antonio Rudiger, who like Azpilicueta found it hard against formidable opposition as he often found himself having words with the referee over disciplinary action.

Thankfully, Rudiger didn’t get sent off as his presence in the squad will be vital for the season ahead. The German international will have to show plenty of ‘hustle’ in our quest to be in Europe’s elite competition next season.

Disappointing game for us. Time to work even harder in the upcoming days to get back on track next weekend 👊🏾 #Hustle #EPL @chelseafc