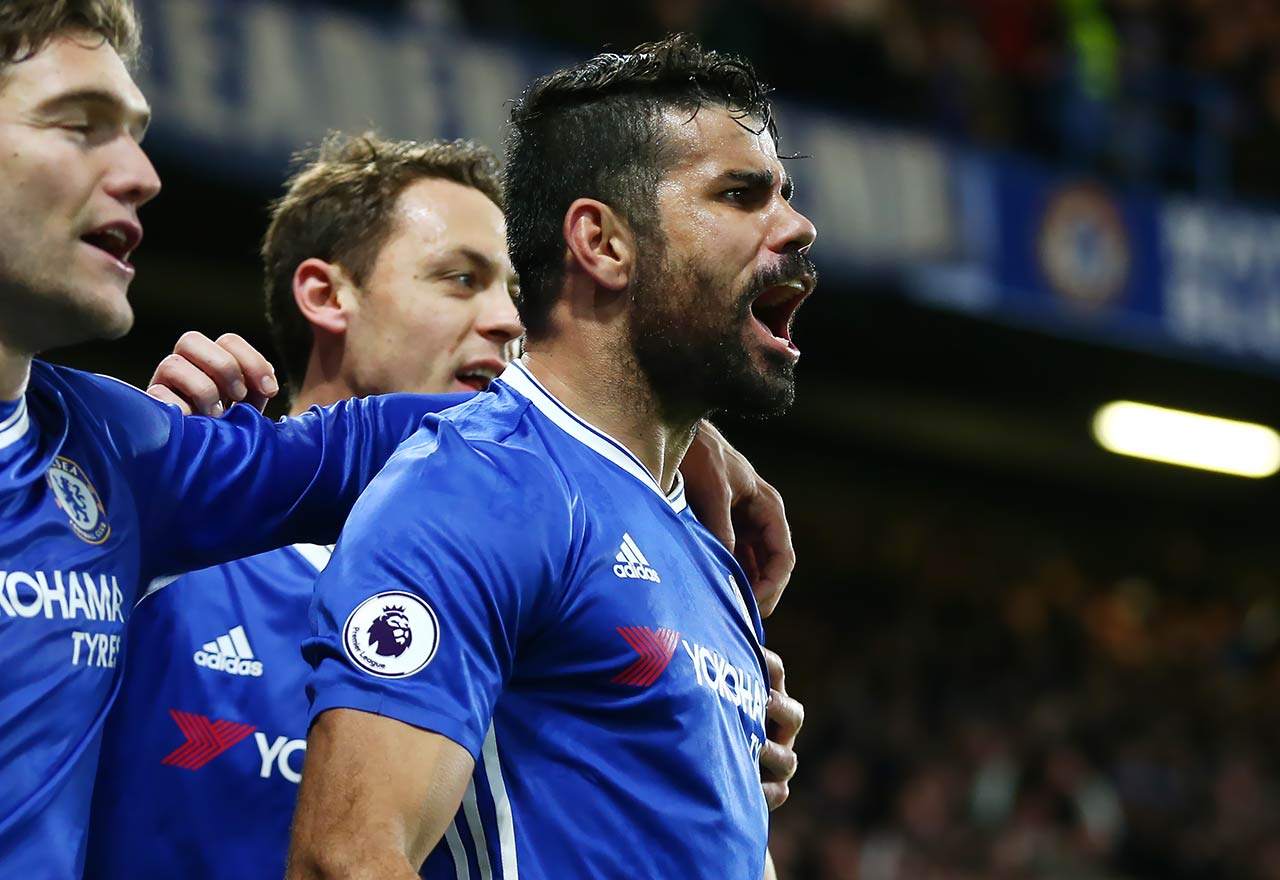 Diego Costa has stated that he would be happy to be loaned out this summer, until January, if it allowed him to rejoin Atletico Madrid, report the Mirror.

As the Mirror report, the striker revealed last week that he had been notified by Chelsea head coach Antonio Conte, through a text, that he wouldn’t be needed next season.

Despite scoring 20 goals in the Premier League for the champions, and having won his side 15 points with his goals alone, Conte is seeking to replace the naturalised Spaniard with Romelu Lukaku, who, in comparison, bagged 25 goals in the league.

Chelsea were hoping to sell Costa to a Chinese side for a hefty fee, specifically Tianjin Quanjian, who, according to the London Evening Standard made a move for the striker in January.

Costa, however, is keen on a move back to Atletico Madrid, who he joined Chelsea from in July of 2014 for what the BBC reported to be a £32m, following the side’s La Liga title win. Despite this, though, the Mirror report that Atletico are unable to register any new players on their books until January of 2018, as they breached FIFA rules over signing minors.

With that in mind, after opening the scoring for Spain in their 2-1 victory over Macedonia on Sunday, the Mirror quote Costa, who reveals:

“Signing for Atletico doesn’t mean that I wouldn’t be playing. I could be loaned out. Chelsea are my owners. If they want to sell me, they’ll have to sell me.”

Speaking on the manner by which Conte informed him that his services would not be required next season, Costa is quoted by the Independent saying:

“In life there are good people and bad people. I’ll stay with the good of everything. You have to ask him, not me. It’s an opinion of the coach, if he has the option of putting another in. But there are things and ways of doing things and saying them. but well, thanks to God I do not lack teams. The most important thing is that my team-mates want me. We know what there is there, who is good and bad. I get on very well with everyone and that speaks for itself.”

Only time will tell what the future holds for Costa.