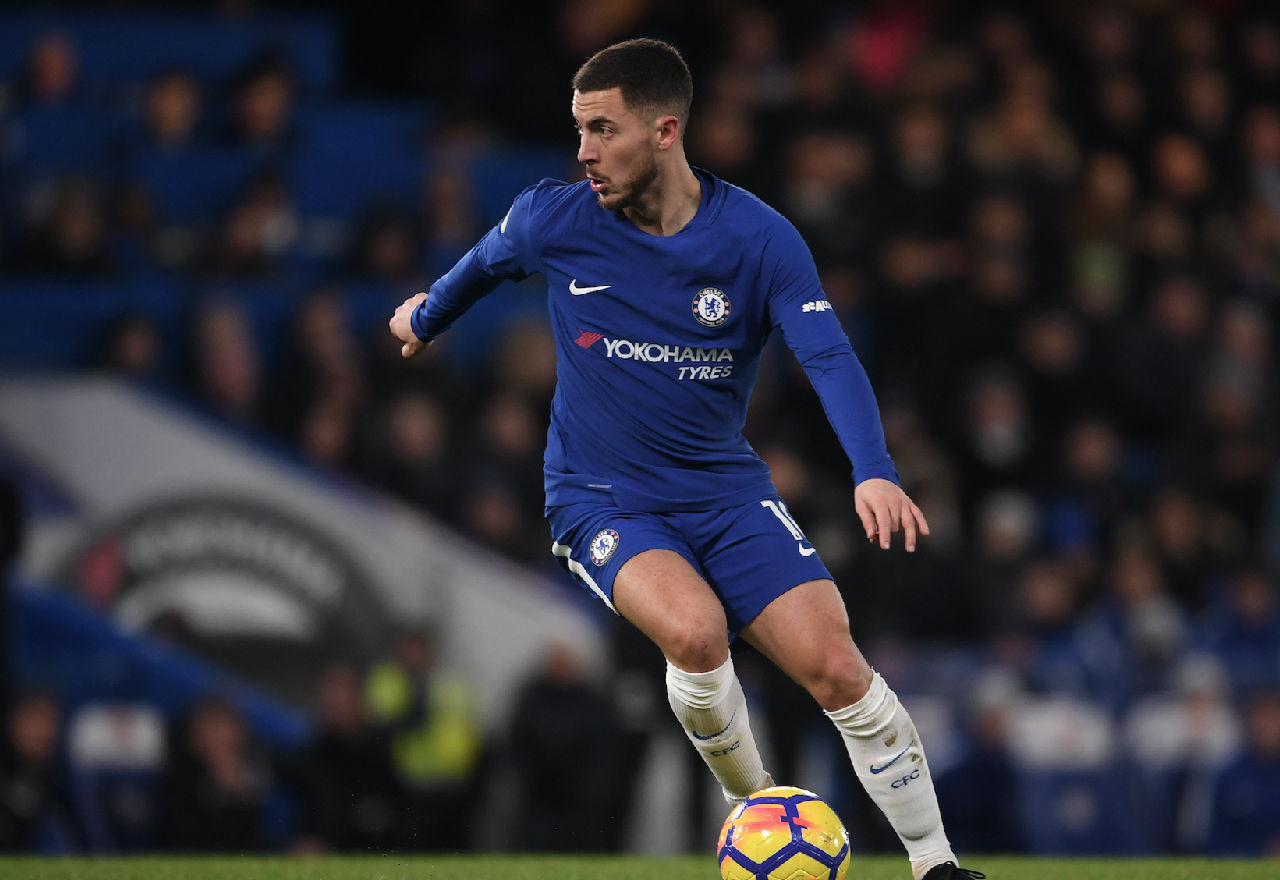 Hazard, who has also had a fantastic season this season, ruled himself out of contention to win the PFA Player of the Year award, an honour he received in 2015.

When speaking to Sky Sports, the Belgian chose three players in the English top-flight that are currently at another level.

“I think there are three (best players in the Premier League) – Kevin De Bruyne, Mohamed Salah and Harry Kane” Eden Hazard will be hopeful Kevin De Bruyne can continue his form going into the World Cup this summer in Russia. (Dean Mouhtaropoulos/Getty Images)

Many Chelsea fans will be annoyed seeing De Bruyne and Salah perform at a high level on a consistent basis as both players weren’t given enough chances to shine at Stamford Bridge.

However, Hazard revealed which player he has nominated to win the prestigious award when speaking to Sky Sports.

“I voted for Kevin De Bruyne. He is the best. I could have also voted for Salah because I played with him and he’s my friend but Salah is more a striker than a player.”