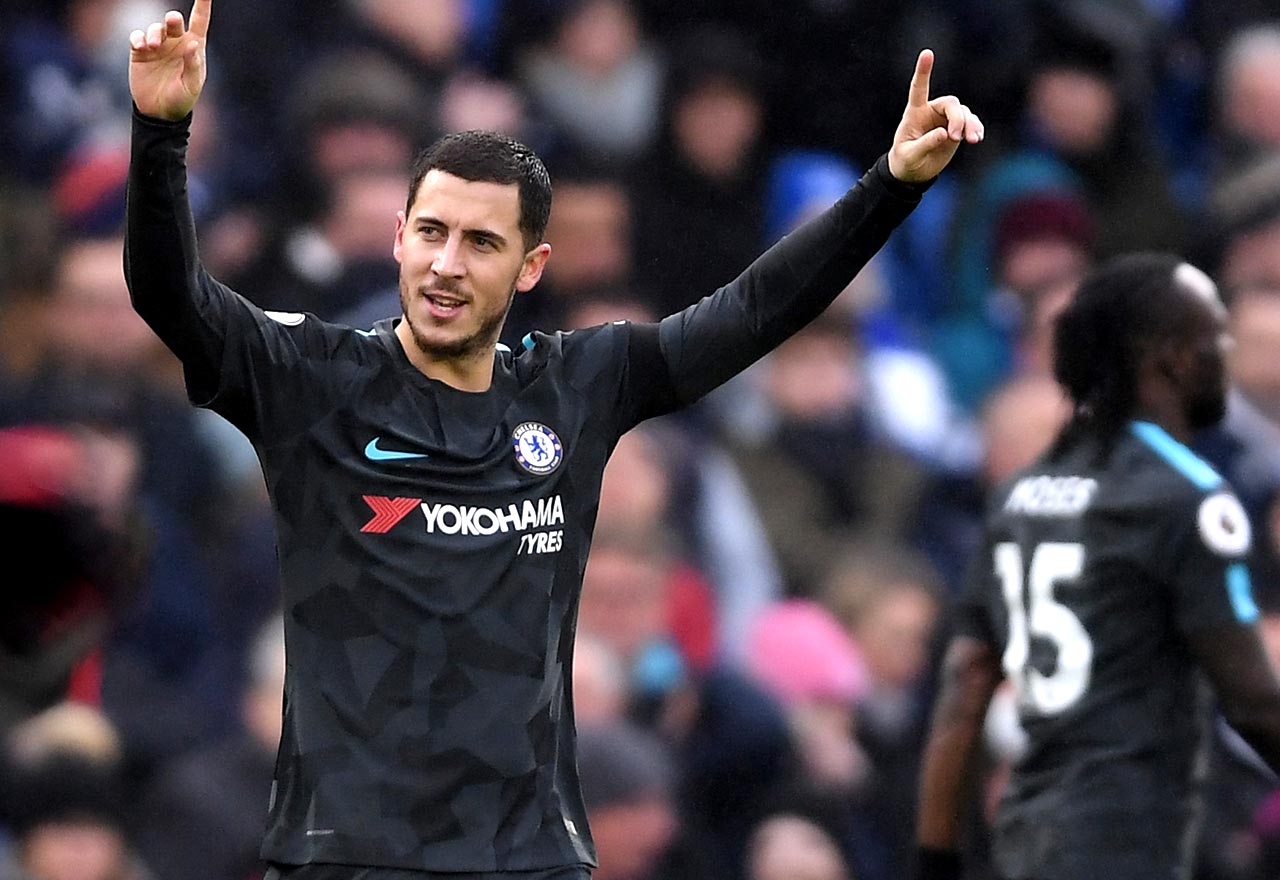 The tie is delicately poised after the goalless draw at Stamford Bridge in the first leg and away goals will be beneficial for Chelsea.

Earlier in January, the 2-2 draw between these two teams in the league indicated the flair both sides have in the final third. Many games at The Emirates stadium have been open, especially against the big teams.

Hazard, who scored a penalty in that match, believes his team can’t afford to sit back and soak up the pressure against the Gunners, as The Metro reports.

Hazard is quoted by The Metro saying:

“If we are thinking to defend against Arsenal it’s a bad thing because we need to score goals.”

Chelsea have the ability to hurt Arsenal Eden Hazard celebrates with Gary Cahill after equalising from the spot in the pulsating 2-2 draw  against Arsenal in the Premier League.

Even with Alvaro Morata and Cesc Fabregas out for Wedndesday’s game, our opposition’s defensive vulnerability gives reason for us to believe.

You only need to look back to Saturday when we’ve seen Hazard control games with support from Willian.

Not only will plenty of Chelsea goals be enough for a Wembley spot, it will further boost the team’s morale.