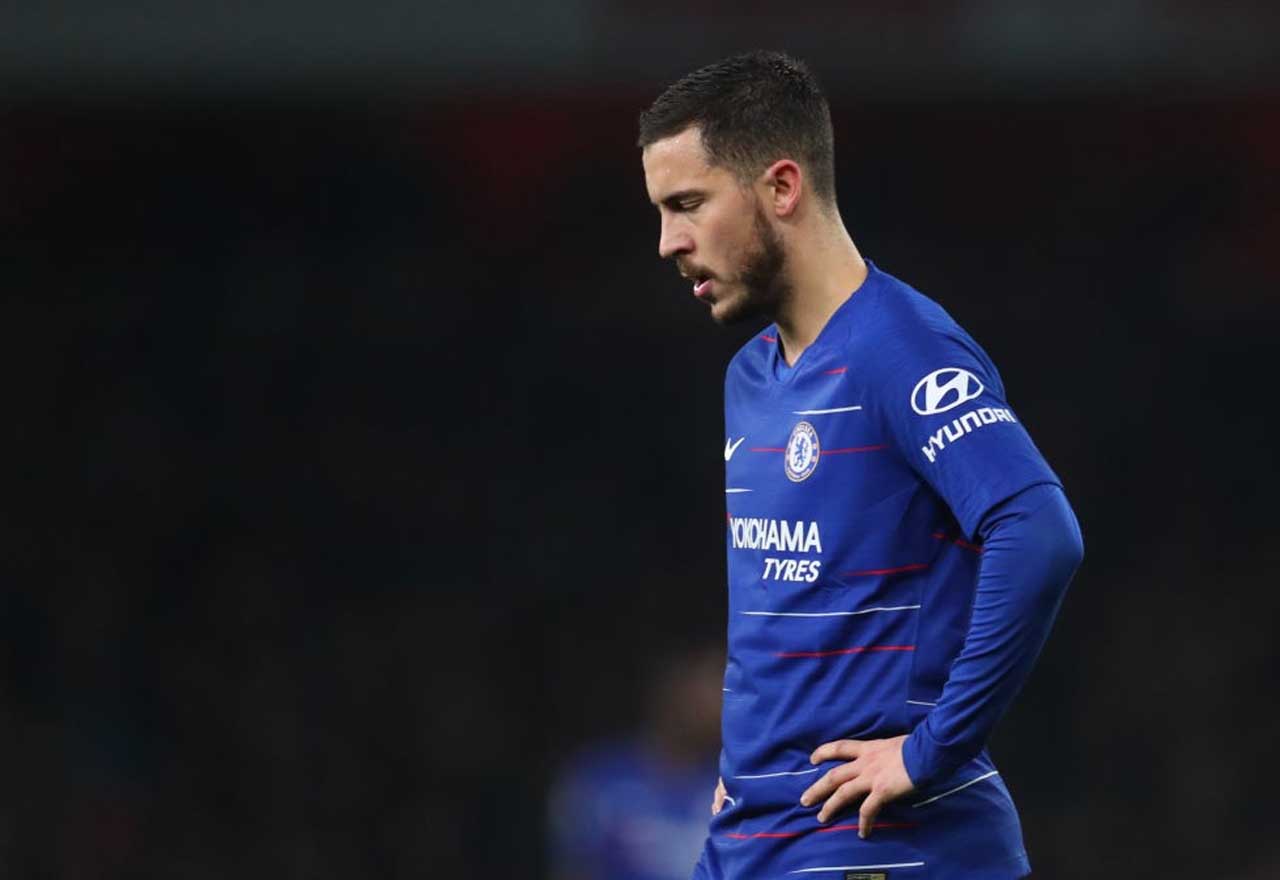 Eden Hazard has revealed that manager Maurizio Sarri wants him to score 40-50 goals a season – but is unsure if he is capable of doing it.

Hazard is a man who has never lacked confidence. In fact, the confidence he has in his own ability is partly what makes him the player he is. He has never shied away from taking on a player or two, or having an attempt at goal – but he’s still never scored more than 16 goals in a single Premier League season.

This could be the season in which he betters that tally. He has 12 goals in 24 appearances, putting him on track to set a new personal best, but he is still some way off where Sarri would like him to be. Hazard has revealed that he is being pushed to hit numbers like 40 or 50 goals. The Belgian is quoted by the Times saying:

“I’m not at all selfish. The way I am can be a weakness to be the best player in the world. Managers like [Jose] Mourinho, [Antonio] Conte, now with Sarri want me to score 40, 50 goals a season but can I do that? I’m not sure.”

“I like to be ‘the star’ but I like also when I can pass the ball to another for him to score, and it is not just about me. It’s about everyone. My target is to help the team to win something.”

Hazard would be even further scrutinised on his goal tally if he signed for Real Madrid. He wouldn’t get away with going off the boil and bagging four league goals with Los Blancos, so he ought to begin preparation for that if he is planning on making the move to the Santiago Bernabeu this summer.