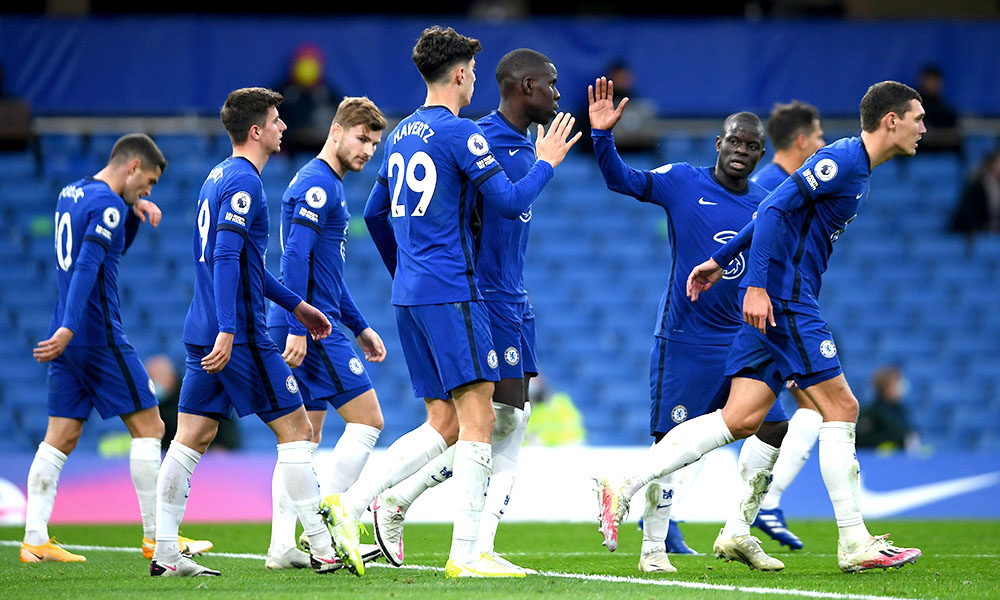 Chelsea have made a superb start to the season, and one that’s involved a few thrillers too.

The early weeks saw some rollercoaster games where the Blues were conceding as frequently as they were scoring; but the last month has seen the defence find their feet, leading to a series of big wins for Frank Lampard’s team.

Perhaps it’s no wonder then that broadcasters are turning to the showtime Blues ever more regularly, and looking at the live football matches on TV over the next few weeks, you’ll see Chelsea pop up more frequently than ever.

After this cursed international break is over, they’re in action before anyone else in the Premier League in the lunchtime kickoff on Saturday against Newcastle, which is on TV.

Then they play Rennes midweek in the Champions League early evening kickoff – also on TV.

That weekend is an absolutely massive match against Jose Mourinho’s high flying Tottenham. Those 90 minutes could decide a lot about both clubs’ seasons, and it’s a game between two of the most exciting and in form sides in the league – so it’s no wonder that’s on TV too, in the prime 4.30pm Sunday Sky slot.

Then comes an away trip Sevilla in the Champions League. We may have qualification wrapped up by then if we beat Rennes next week, but that match in Spain will be on the box regardless.

From there we finally get some respite – a 3pm Saturday kick off (remember those?) against Leeds United. That is NOT on TV.

But never fear – we wrap our Champions League group stage participation right after that when Krasnodar come to Stamford Bridge, and you can bet your bottom dollar that will be live on BT Sport.

So this Chelsea team better get used to having the cameras on them, because they’re effectively living in the Big Brother house for the next month. And if they do as well over the next four weeks as they did in the last four weeks, they can expect that televised run to go on and on.

So while we’d all like to be at Stamford Bridge (or even better, in Seville) watching the Blues in action, we can console ourselves with the fact we can at least settle down on the sofa and watch them play from the comfort of our living rooms.

If the goals keep flowing as they have been since September, nobody is going to be complaining.