Spain’s ultimate football rivalry in Barcelona and Real Madrid are set to compete in another El Clasico at the end of the season.

The prize won’t be three points or silverware, it will a battle to see who can lure Marcos Alonso away from Chelsea this summer.

As per Spanish news outlet Don Balon, Barcelona defender Gerard Pique is urging his club to sign the in-form left-wing-back.

The 31-year-old believes that the Catalans are short in quality in this position. Whilst Jordi Alba remains one of the best left-sided defenders in the world, his deputy Lucas Digne has struggled to make an impression for the La Liga leaders.

Alonso shares the same willingness as Alba in not being afraid to get forward. The stats show the Spaniard’s attacking influence as he’s contributed with 13 goals and nine assists since joining Chelsea in 2016.

These suggestions are testament to Alonso’s performances this season and unless the player forces a move back to Spain, it is unlikely Chelsea would let him go so easily. 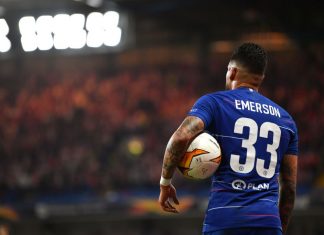