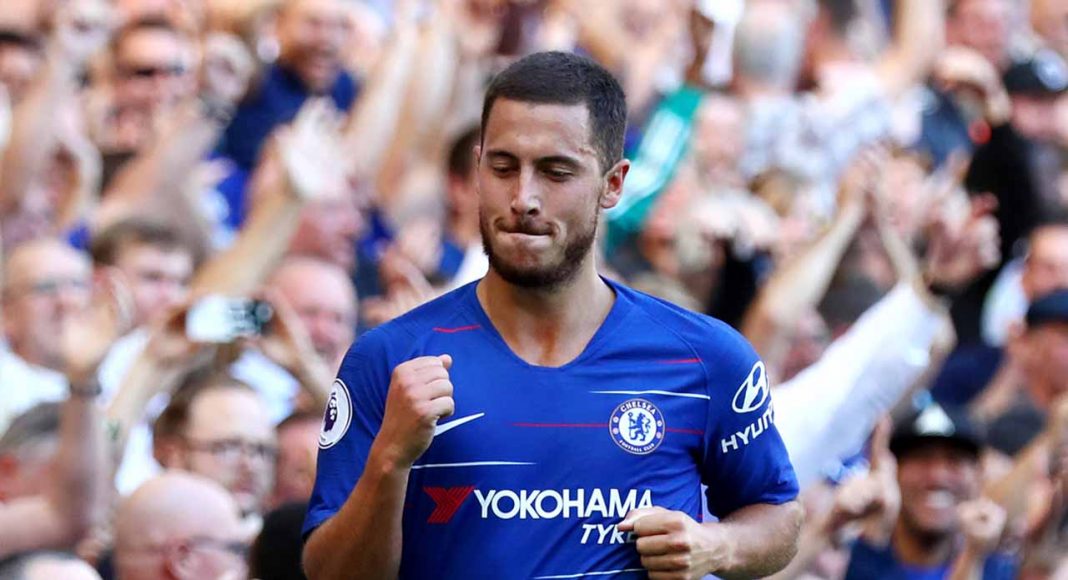 Gianfranco Zola has made a claim about Chelsea winger Eden Hazard which ought to keep the rest of the Premier League up at night.

Hazard has been the player of the season so far, nobody else comes close. The Belgian has scored five goals and provided two assists in his opening five appearances this season, despite not being involved in Maurizio Sarri’s pre-season campaign.

Despite Hazard enjoying his best start to a season in his career, and tearing defences to shreds wherever he goes. Chelsea assistant manager Zola is convinced that the best is yet to come. He’s quoted by the Metro saying:

“Eden is a fantastic player and is getting to have more maturity when he plays so the results are mainly due to his qualities.”

“Of course he’s the type of player that it can benefit him a lot because you have a lot of the ball, close the opposition’s goal and in these conditions Eden can take a big advantage.”

“I think he’s still not at his best. The more he plays in and understands the system, he’s going to be even more effective.”

Zola may be onto something here. Hazard has had limited time to develop his understanding of Sarri’s style of football and his manager’s expectations. Yet, he’s still the most in-form player on the planet.

As the weeks pass and Hazard fully grasps what it takes to thrive playing under Sarri, Chelsea’s performance level could reach even greater heights.

Previous articleMateo Kovacic surprised just how good this Chelsea teammate really is
Next articleChelsea likely starting XI vs. West Ham: Morata to return to the bench