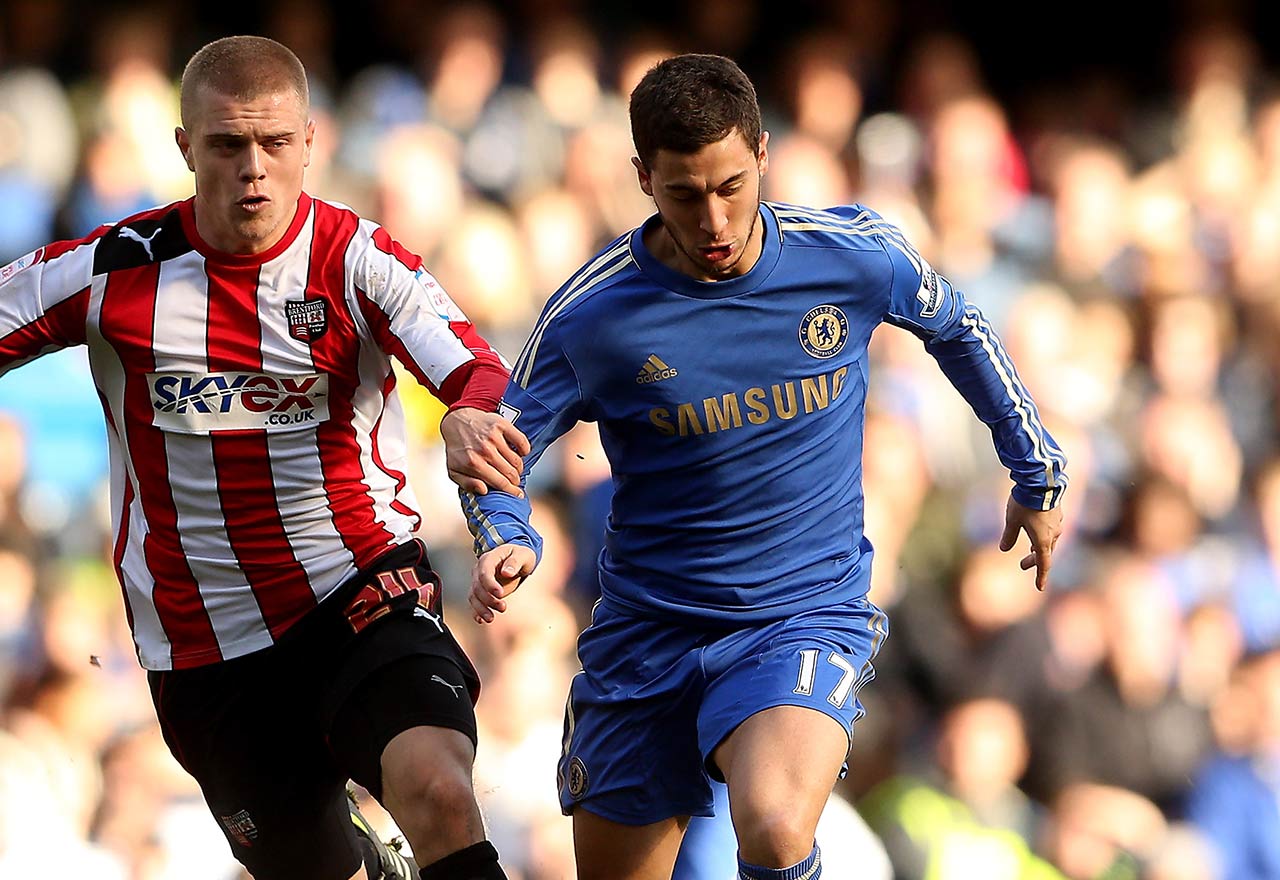 One does not need to be a football expert to see that Eden Hazard has been a shadow of his former self this season, and his drastic loss of form has coincided with Chelsea miserably failing in their title defence this season. What does need some explanation, though, is why did the best player in the Premier League  transform into a frail slightly above average player, and Chelsea’s chief scout and personal advisor to Roman Abramovic, Piet de Visser has an interesting view point:

“Eden is a player who has moments of brilliance. Mourinho tried to turn him into an improved version of Messi or Ronaldo, but that is impossible,” De Visser told HLN.

“Hazard will never be like that. Eden is Eden, a player with brilliant individual actions, but someone who will never become a machine. He also wants to relax. You should never make him the player to carry the team. Don’t make him the captain. Just tell him to enjoy himself out there.

“Mourinho is a winner and wanted to get even more out of Eden. He was already great, though, so why not just leave it at that? Mourinho wanted him to carry the team in every game, to score every match and to be decisive all the time.

“The pressure became too much for Eden and that hurt his game. That’s when Mourinho lost it. Hazard went from heaven to hell under Mourinho. That led to stress and injuries. I hope the new coach will treat him differently.”

The analysis of Hazard seems about accurate-as it should be coming from the man who discovered Ronado Phenomenono, Rivaldo and Robben, among others- but to say that Hazard’s fall from grace is simply due to pressure from his manager is going a tad too far. To be fair to de Visser, Hazard did look like he was carrying a little too much pressure on his shoulders this season. And being a club employee, the Dutch scout must have some information from inside of the club, and it could very well be that Mourinho became an unbearably stressful boss, when things were going rough for us.

The stories of what the hell went wrong this past 10 months or so will still be a secret and we will only be able to guess until someone comes up with a tell all as to what happened behind the closed blue curtains of our beloved club.

Once a player respond to morenhno ,he will use like a machine.

Mourinho is the best and just prepare the blues house how much do you cry when the special one is silent?

Stop blaming Thw Special One for Hazards misgivings!!! JM hasn’t been at Chelsea for months and he is still being blamed for the teams poor performance!! The team should take a hood hard look at themselves in the mirror!! What they see is the reason for their poor performance!!