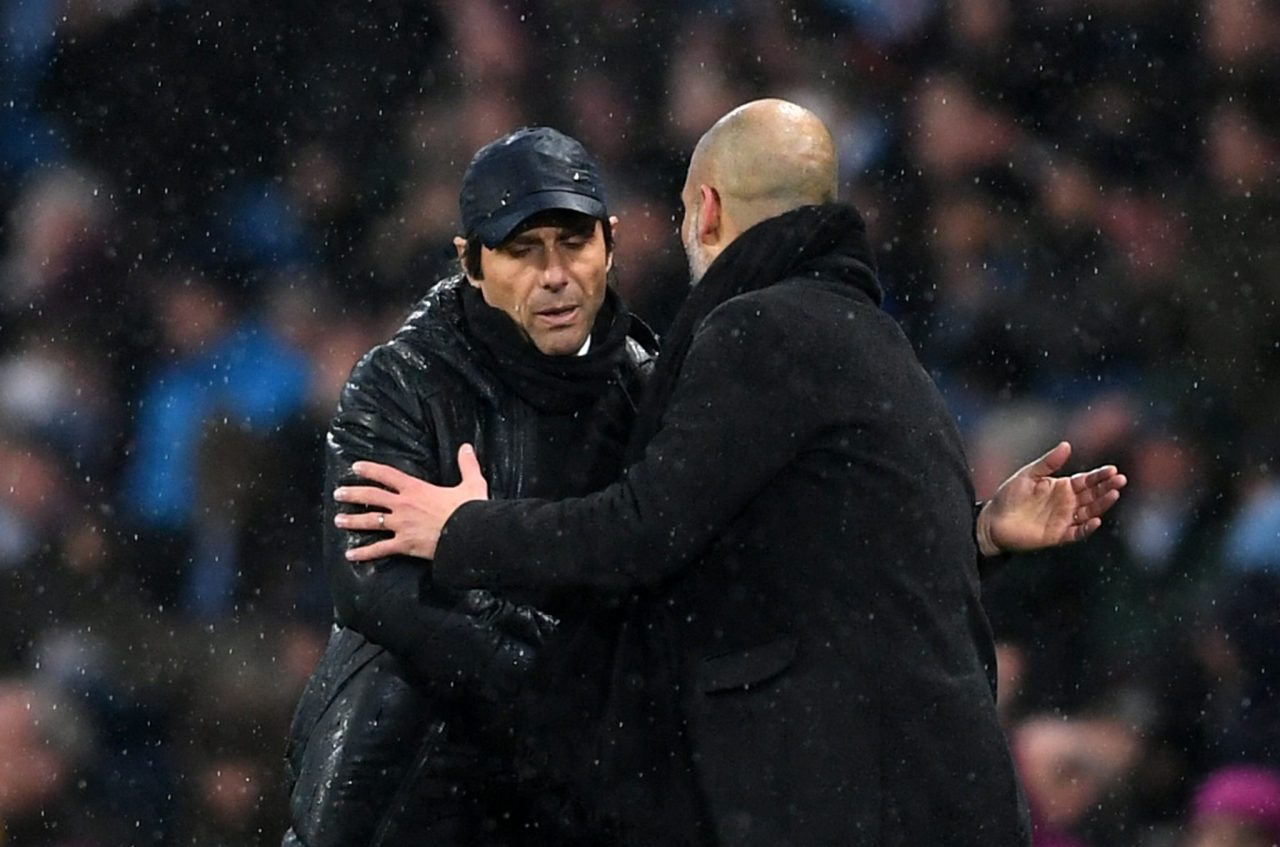 Chelsea succumbed to yet another defeat in Manchester at the hands of league leaders City at the Etihad Stadium.

It was a lacklustre performance from the Blues against the dominant home side in which Antonio Conte’s men couldn’t get a sniff at earning what would have been a crucial win.

The first half set the pattern of what would be an infuriating match. Thanks to Cesar Azpilicueta’s efforts on the line, Leroy Sane was denied the go-ahead goal before the break.

City may have been fortunate to have kept 10 men on the pitch when Oleksandr Zinchenko flew into a challenge on Victor Moses which only merited a booking.

However, it’s no excuse for a game in which the champions created little. The soon to be winners of this seasons Premier League found a way through just 45 seconds into the second half when David Silva’s teasing cross was put on a plate for Bernardo Silva to strike past Thibaut Courtois. The hosts looked like they weren’t going to give away anything from then on in as Conte resisted the temptation to bring on another striker with Eden Hazard looking helpless upfront.

Even when Oliver Giroud came on in the 75th minute, the Frenchman had little effect on the events as City cruised closer to sealing the title.

Chelsea have to secure a win against Crystal Palace at Stamford Bridge next Saturday with fourth place Tottenham five points clear in the table as it stands.

Here are our player ratings from another disappointing result:

This team has no leaders and shows no character. Rudiger, Zappacosta and Bakayoko were awful signings. He has destroyed David Luis who did show character, Christiansen has been at fault for all the goals in our last 3 defeats, what’s happened to Cahill form? Morata is pathetic so start Giroud… Read more »

Conte is the worst things that ever happen to Chelsea, what is he expecting from his line up. Why must he use hazard as a force 9, and play Pedro in that game for 90 minute, Drinkwater played badly.

Don’t blame any of the players for this one. That pathetic performance of anti football was Conte’s doing alone! That was Conte trying to make some pathetic point about City backing their manager more than Chelsea. For me he has lost any good will he gained last season and in… Read more »