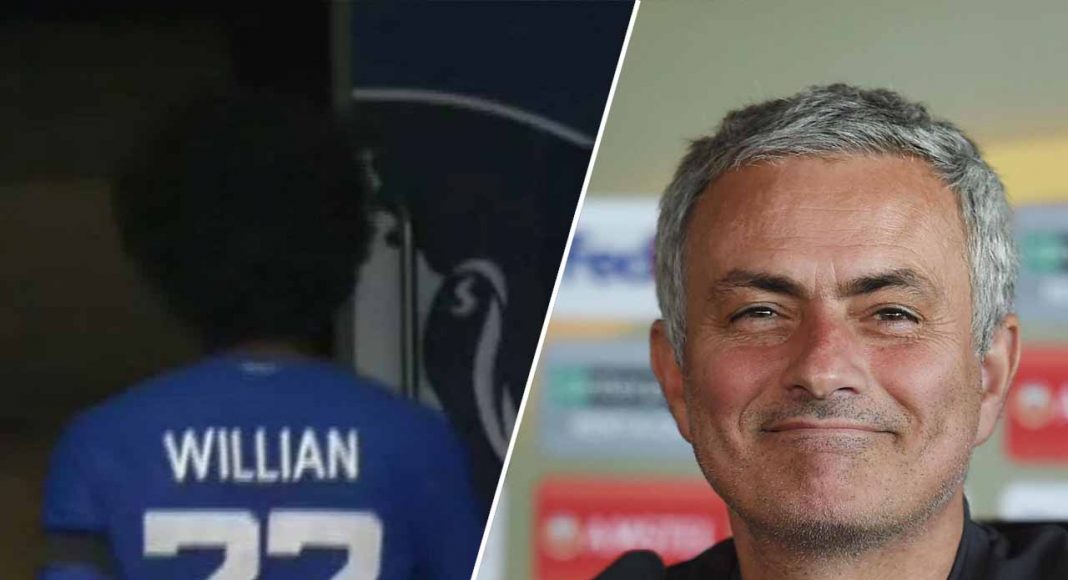 Chelsea winger Willian headed straight down the tunnel after being substituted during our 2-0 victory over Southampton at Wembley yesterday afternoon.

The Brazilian, who struck the crossbar early in the first-half, was withdrawn and replaced by Tiemoue Bakayoko on the 64 minute mark.

Willian didn’t appear to be struggling prior to the substitution, but stormed off down the tunnel as if he had sustained an injury which needed immediate treatment.

Perhaps the was a pre-existing issue that flared up during the game? Or did Willian throw a strop after being withdrawn in such a meaningful fixture? It’s a mystery…

As the Daily Mail report, Willian is thought to be attracting interest from former manager Jose Mourinho and Manchester United.

The Special One may will have been tuning into the game in order to discover who United would be facing in the final. We imagine he will have been on the phone to Ed Woodward after seeing Willian’s potential discontent.

That was not a fair withdrawal at all since the person who was struglling was Fabregas and not Willian. Thats why he reacted that way too it was not fair for him to be removed from the field and to make the mstter worse its by Bakayoko.