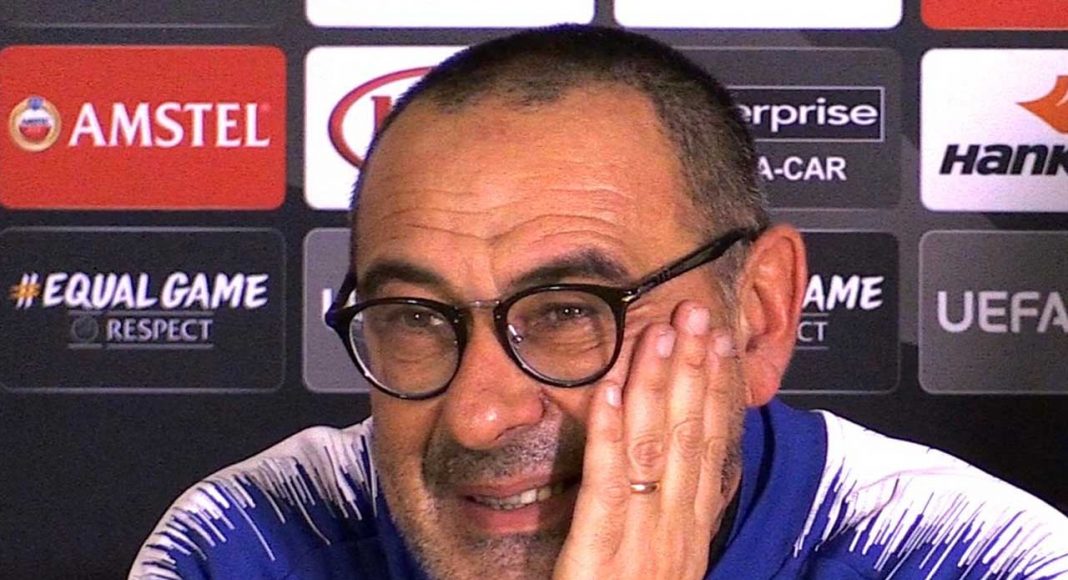 Maurizio Sarri delivered an encouraging update on Callum Hudson-Odoi during his press conference today. It’s safe to say that he’s not leaving the club anytime soon!

Callum Hudson-Odoi is not moving to Bayern Munich. We firmly believe that to be the case. The youngster was heavily linked with the Bundesliga champions earlier in the transfer window, but he appears to have had a change of heart over his future as a Chelsea player.

As we reported earlier today, Chelsea are preparing to offer Hudson-Odoi serious cash in hope of convincing him to stay put. The club are thought to have grown in confidence that the 18-year-old will opt to stay in West London, rather than move to Germany.

In addition to that news, Maurizio Sarri has now provided a really positive update over what he has seen from Hudson-Odoi in training. During his pre-match presser, Sarri sung his praises, noting the improvements that he has made in recent weeks.

The Italian says he is very pleased with Callum Hudson-Odoi for his improvements defensively over the last month, and he is now working on his movement on the pitch. He feels the youngster is in a ‘very positive moment’ mentally. #ARSCHE

Not only has Sarri claimed that Hudson-Odoi is mentally content, but the improvements he’s making on the field of play are also a considerable boost to our chances of keeping him at the club beyond the current transfer window.

Sarri has already revealed that he sees Hudson-Odoi has a viable selection option, even for the big games, and the progression that he’s making will only add to that. More game-time will increase the chances that CHO extends his contract. It’s all looking good right now.

Previous articleAtletico Madrid switch nears for striker… but Sarri insists he could play tomorrow
Next articleTransfers: Unexpected twist in Chelsea’s chase for midfielder – and it’s not a good one