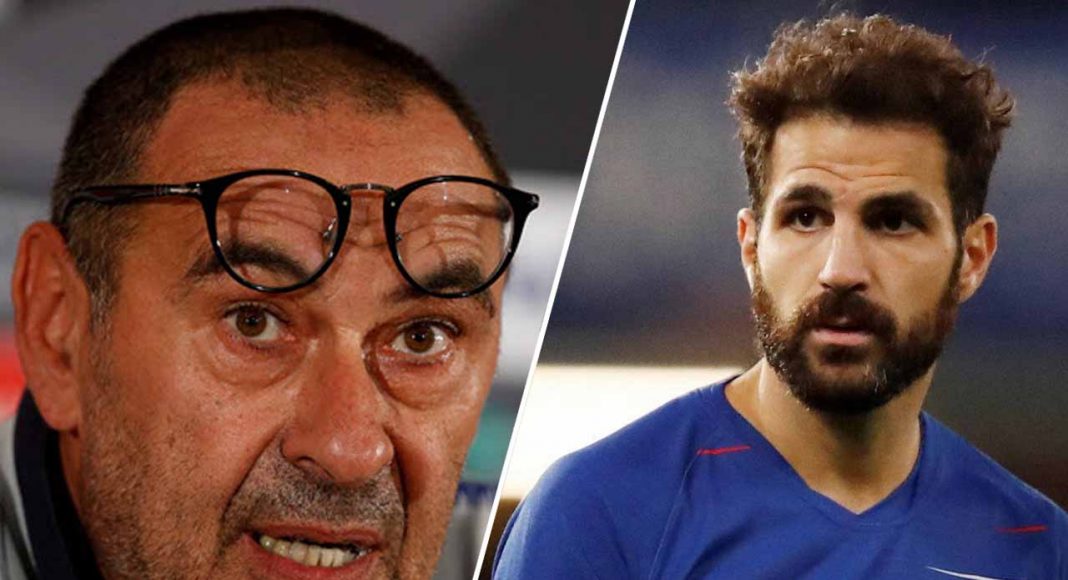 Maurizio Sarri has insisted that he wants Cesc Fabregas to stay at Chelsea, amid reports that the Spaniard could be set to call time on his career at Stamford Bridge.

Fabregas’ current contract expires at the end of the season, and there hasn’t been any progress on arranging an extension to that deal. That means that Fabregas is free to negotiate with any potential suitors this January.

There have been claims over the past couple of days that Fabregas has decided to leave Chelsea and will sign for a club outside of England within the next few weeks. Monaco has been mentioned as a potential option for the former Barcelona midfielder.

One thing is for sure, if Fabregas does depart, we’ll have to sign a replacement in January, which isn’t ideal. Clubs will be unwilling to part with their prize possessions midseason, meaning we’d likely end up with a substandard replacement.

We’d be better of sticking with Fabregas, and Sarri appears to agree. Speaking ahead of our visit to Crystal Palace this weekend, the Italian is quoted by Sky Sports saying:

“In this position we have only two players, Jorginho and Fabregas, so for me it would be really a problem without Cesc.”

“I want him to stay, I don’t know the final decision of Cesc and the club of course.”

Would you like to see Fabregas stay, or shall we sell him while we can still get a fee in return? Let us know your thoughts on Twitter @TalkChelsea.