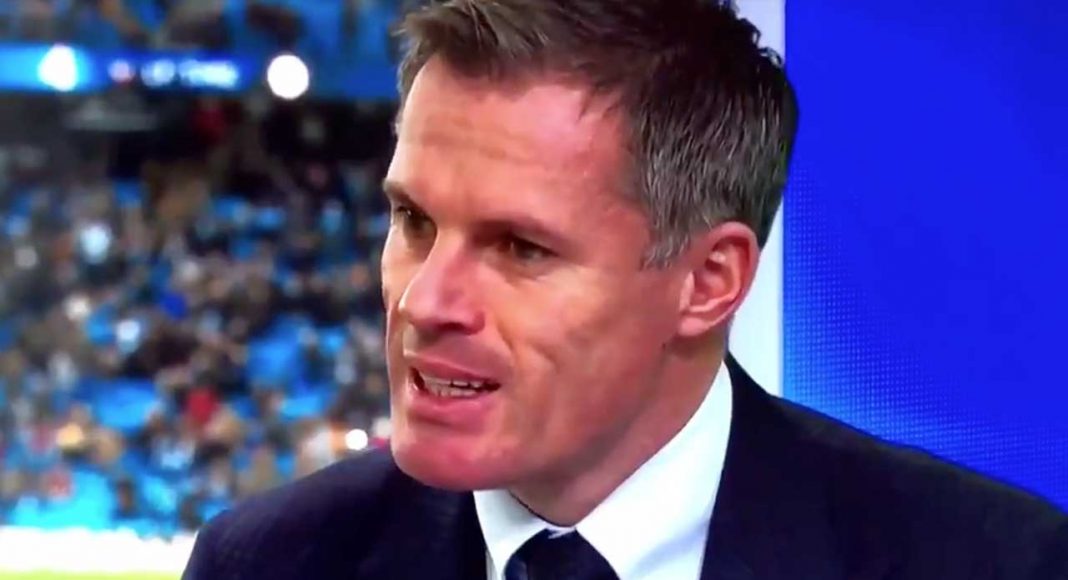 Chelsea are the new Arsenal. That’s probably the most painful thing we’ve ever written on this site, but it’s absolutely true.

4-0 down to Manchester City within 24 minutes, that’s not something you would ever associate with this football club. The likes of John Terry, Frank Lampard and Didier Drogba would never stand by and watch this happen. They’d be throwing fists to prevent it.

Unfortunately, we just don’t have characters like them anymore. Our squad is weak, both mentally and in terms of footballing ability. It’s a sad, sad reality, but it’s hard to have any sort of connection with this squad. They’re rotten from top to bottom, and it shows on the pitch.

Chelsea are genuinely the new Arsenal, which would make Maurizio Sarri the new Arsene Wenger. That’s not a title he will be wanting to hold. Jamie Carragher has given it to him, though. The Sky Sports pundit has given his brutal review of the Blues – and it’s hard to stomach…

Jamie is equally hard to stomach