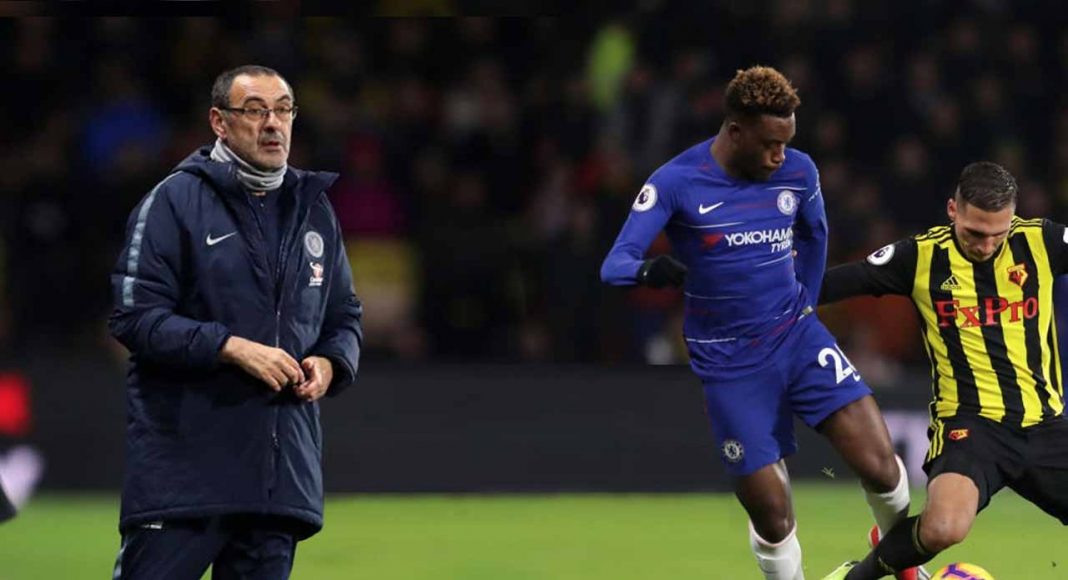 Maurizio Sarri has revealed why Callum Hudson-Odoi was substituted late in our win over Watford at Vicarage Road.

Chelsea fans hit the roof after substitute Hudson-Odoi was taken off the field less than an hour after coming on. His opportunity to impress Sarri had been cut short, and many deemed it to be unfair treatment.

Sarri hanging CHO out to dry.

This is a joke! Sarri has just dented the confidence of CHO! I do not want to be a Sarri doubter but leaning that way slowly! @ChelseaFC #CFC

As with all these things, it’s always worth avoiding jumping the gun and waiting to see if there is a reasonable explanation for the withdrawal. In this case, as there is in many others, there was one.

During his post-match press conference, Sarri revealed that Hudson-Odoi was in fact struggling with a hamstring injury in the days prior to the match. He’s quoted by Football London saying:

Obviously we hope that Pedro isn’t seriously injured, but if he is to be ruled out of a game or two, it could give Hudson-Odoi a chance to seize a starting spot for himself. Let’s wait and see.