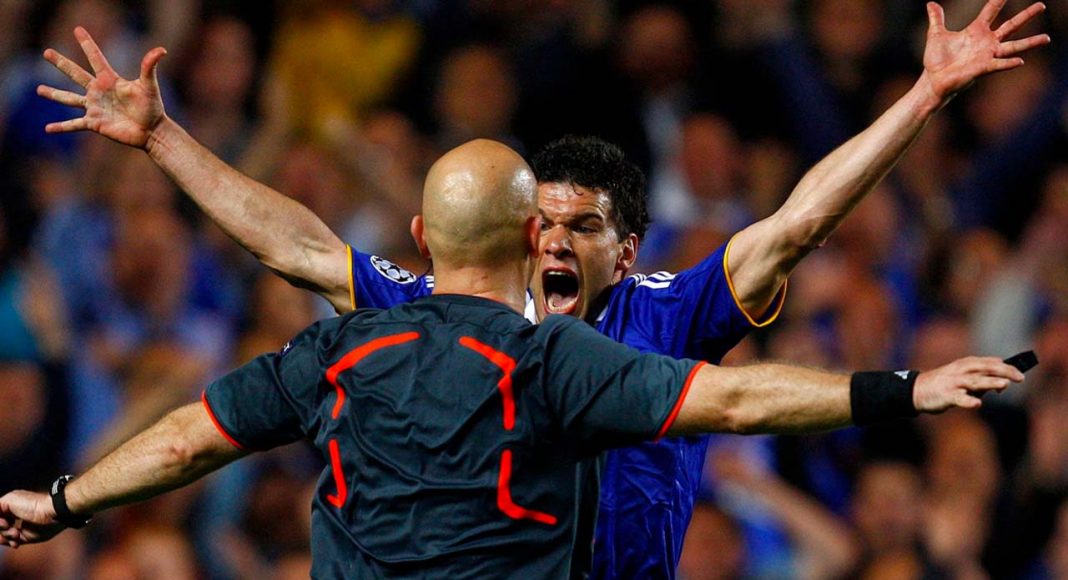 The Premier League is set for change for the better with VAR set to be introduced from the start of next season, according to the BBC.

Discussing dodgy refereeing decisions is a touchy subject among the Chelsea faithful. The words ‘Tom Henning Øvrebø’ are enough to bring any true Blue to tears.

The days of walking towards Fulham Broadway with a lump in your throat and a fist full of rage following an officiating injustice look to be coming to a close, however.

VAR, which was used in the World Cup in the summer and has to go down as a success (despite controversies), is coming to the Premier League. About damn time!

As the BBC report, VAR, which Premier League clubs voted against the introduction of back in April, is set to be introduced from the start of next season, after said clubs changed their minds.

This is a step into the future for English football and about time, too.

Charlie Austin’s impassioned rant following Southampton’s stalemate with Watford last weekend was a timely depiction of the country coming to the end of our tether with referees.

They need help. We know they need help. The time has finally come for them to get the help they so desperately need. But not before our naive reluctance to embrace change has already done damage…