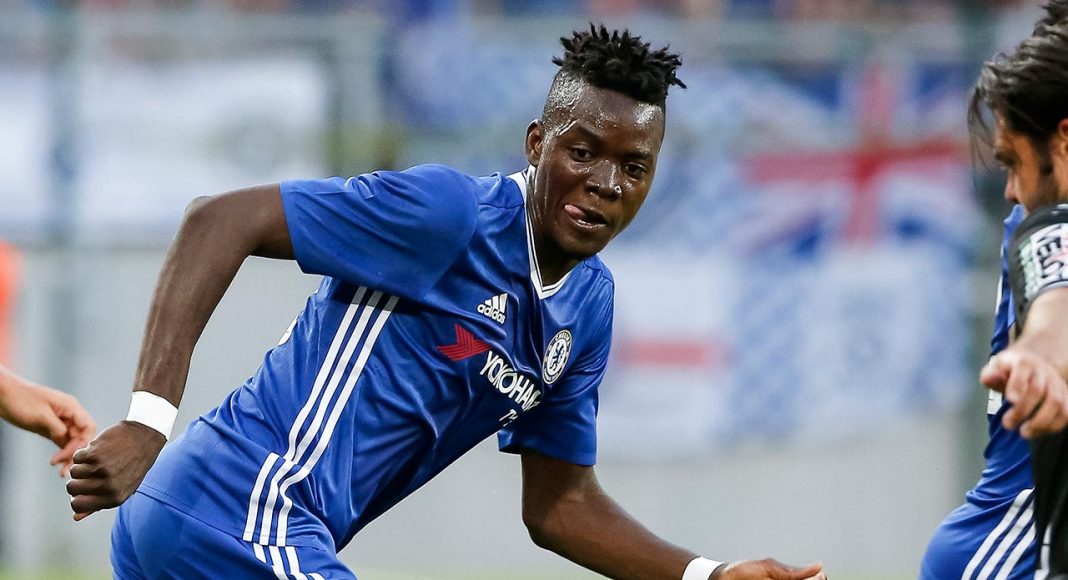 Opinions on Jose Mourinho’s departure vary and so do the evaluations of his successor’s tenure so far (albeit not as dichotomous), but one thing everyone seems to agree on, which is that our young Bertrand Traore has greatly benefited from Hiddink’s arrival (and Mou’s sacking).

The latest of Traore’s endeavors was a lucky/brilliant goal against Manchester City’s B (or maybe C) side. A goal which raised his tally to three from his last three games for the club, and the Burkinabe was happy with his contribution:

“It is a good feeling for me. Now I have to stay focused, working hard in training and try to take any opportunity I get.”

After consistently impressing whenever he got a chance, the winger-turned-striker is looking like he can break the vicious circle of the loan system, provided that he maintains the same kind of form, and he’s saying all the right things in order to get more game time:

The 20 year old has already played under Hiddink twice more than what he did when Mourinho was in charge and has showcased considerable promise of replicating the brilliance he displayed last season in Holland. And If Traoré maintains this sort of record, then it would certainly warrant further opportunities, hopefully in the form of starts rather than part-time cameos.

It’s just  a shame that Guus Hiddink is most likely going to leave when the season ends because the youngster seems to have earned the veteran manager’s trust, something that may unfortunately not be true with whoever might be the manager next season

Previous article“Hazard should have taken the penalty” Fabregas
Next articleMusonda Watch: The youngster’s contribution against Gijon