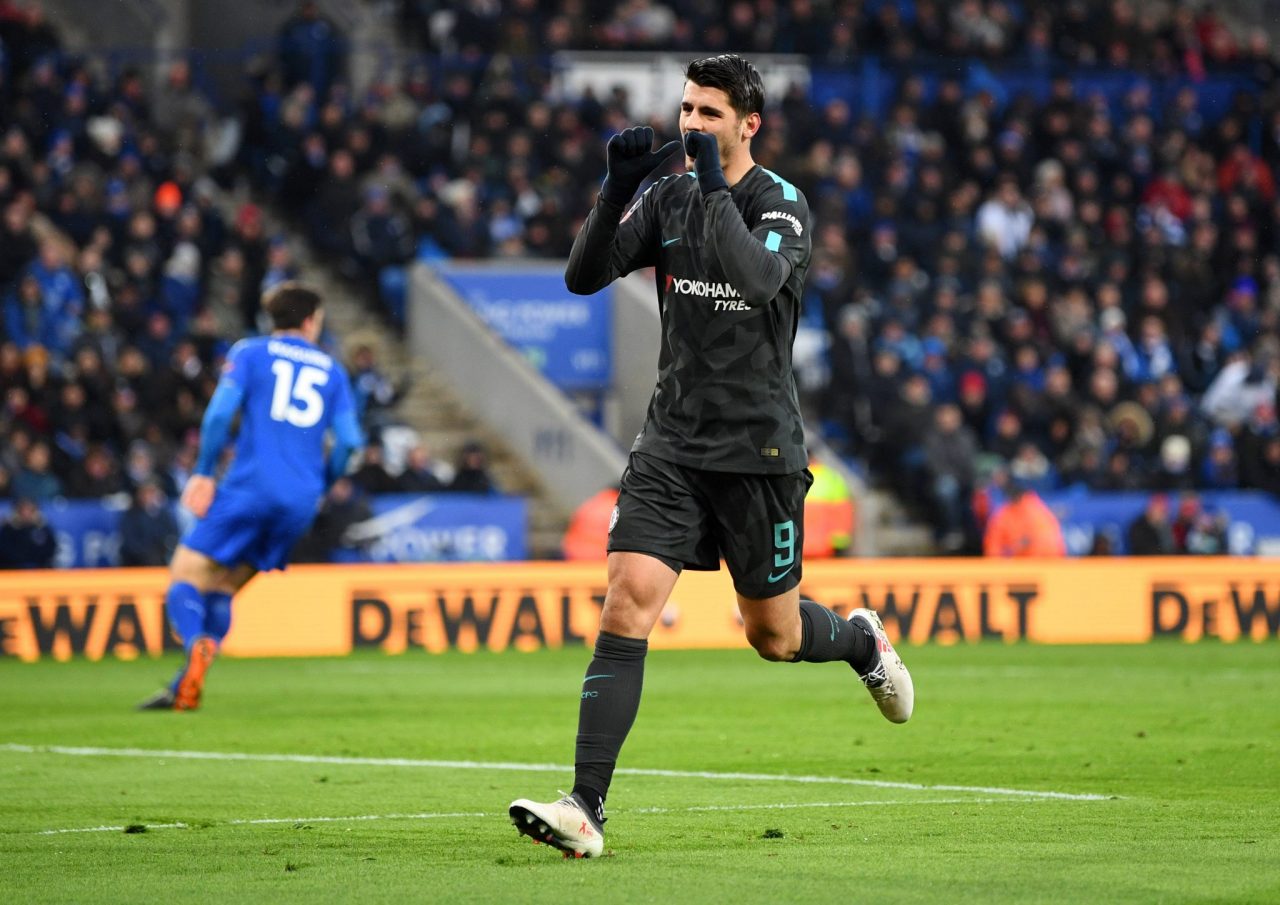 The wait is finally over! Alvaro Morata is off the mark for 2018 as he’s given Chelsea a vital lead against Leicester City.

The Foxes were threatening our goal until Antonio Rudiger dispossed Riyad Mahrez as Willian went on a great run before picking out Alvaro Morata’s run.

Morata was one-on-one with Kasper Schmeichel and cooly slotted the ball past the goalkeeper, giving the Blues the lead before half-time.

Hopefully, this can begin a goalscoring spark for the out of form Morata as Chelsea are on course to advance to the semi-finals of the FA Cup.