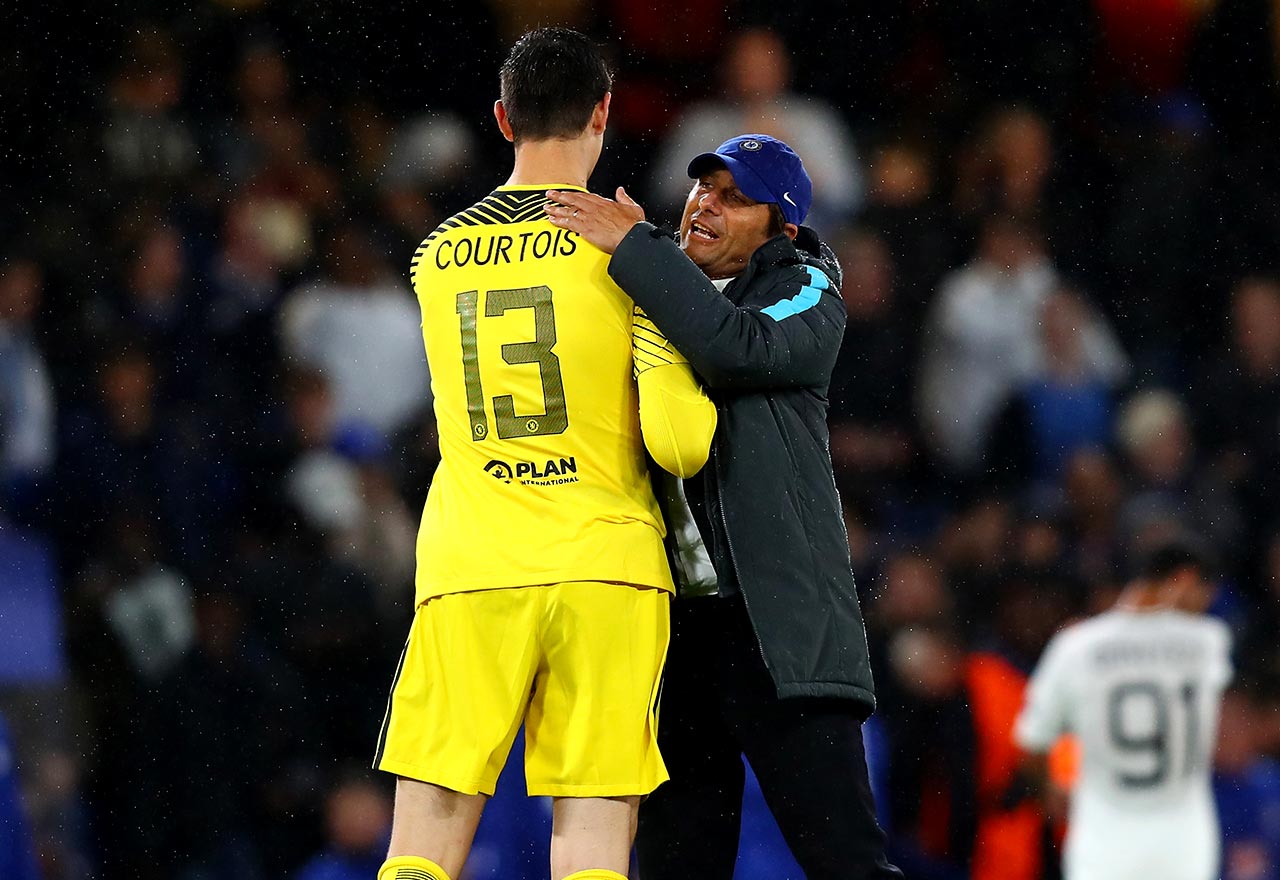 Chelsea goalkeeper Thibaut Courtois believes his teammates are ready to do all they can to deny Antonio Conte from getting the sack, the Express reports.

It’s been an underwhelming start for the Blues so far this season, already nine points behind league leaders Manchester City.

The gutsy 4-2 win against Watford on Saturday showed that there still is some character in the team. As per the Express, Courtois admits the players don’t want to let another manager down after Jose Mourinho was sacked a few months into the 2015/16 season.

“In 2015 [under Mourinho] we wanted to fight as well but the game didn’t turn out well for us, there was too much bad luck. Sometimes different things happened.”

“But we are showing we want to fight again now, firstly as a group of players. We want to win games.”

Their have been some issues regarding squad depth and poor performances. However, there have been good moments so far this season. The 2-1 away wins against Atletico Madrid and Tottenham certainly won’t be forgotten.

Hopefully, we can use that form against Watford and pull off a string of wins in all competitions. In the process, the pressure will be lifted off Conte’s shoulders.

Just fight for yourself and keep your place. You are not doing the coach any good, if you play well you advance to the next level, if you don’t, you stay stagnated. Coaches move around, if one team looks tired of the services of a coach, another team is at… Read more »

Fully agree with Thibaut … “we want to fight again now” … but I don’t believe the players let down Mourinho … other factors were rising to the surface !!