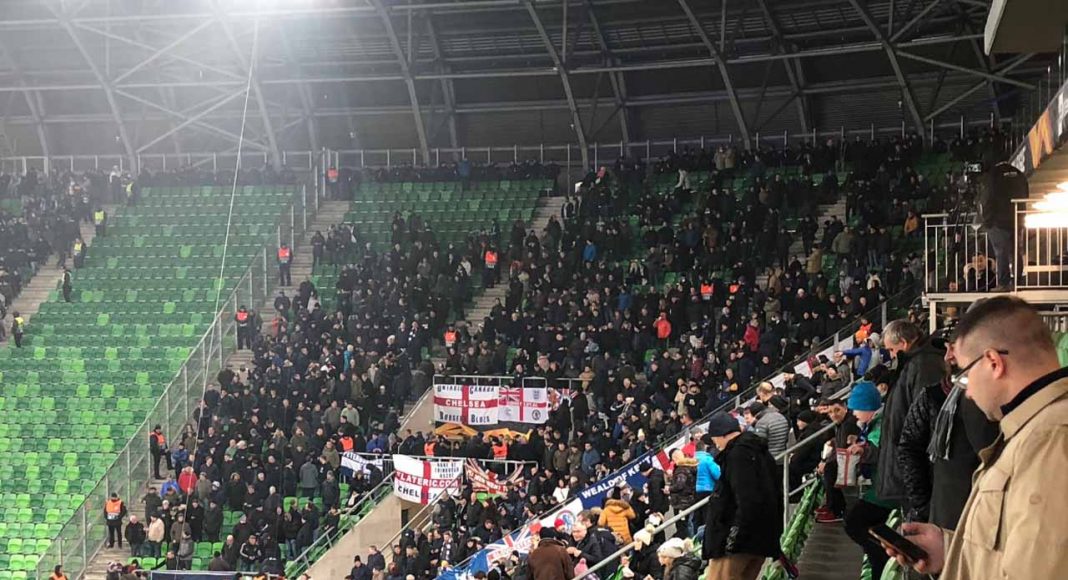 Less than a week since a Chelsea fan was caught on camera allegedly racially abusing Manchester City winger Raheem Sterling, there has been further accusations of discriminatory behaviour against Blues fans.

This time it comes from Hungary, where Chelsea drew 2-2 with MOL Vidi in our final Europa League group stage fixture. The Telegraph report that anti-semitic chants were heard from the Chelsea end early on in the game.

“Barcelona, Real Madrid, Tottenham are a bunch of Yids … Yiddos” – is the exact quote. If you’re a regular at Stamford Bridge, you’ll be well aware of this particular chant. It’s sung week-in, week-out in our home in West London.

Chelsea fans need to stop using the word Yid. Nobody is denying that. Nobody CAN deny that. When used in a negative context, the manner which our fan base uses it towards Spurs, it’s offensive and it needs to end.

However, the character assassination of Chelsea fans is also unfair. The club are every bit as responsible for tonight’s events than the fans who sang the chant.

Chelsea have allowed this chant to exist for years. It’s sung at essentially every game. Failing to take action and then only doing so when the media push forward with their witch hunt of the fans incompetent and ridiculous.

“Antisemitism and any other kind of race-related or religious hatred is abhorrent to this club and the overwhelming majority of our fans. It has no place at Chelsea or in any of our communities.”

The club, along with UEFA, have been pressured into doing something to put an end to behaviour which they allowed to become normalised. They should not be commended for clamping down when they have been forced to do so…