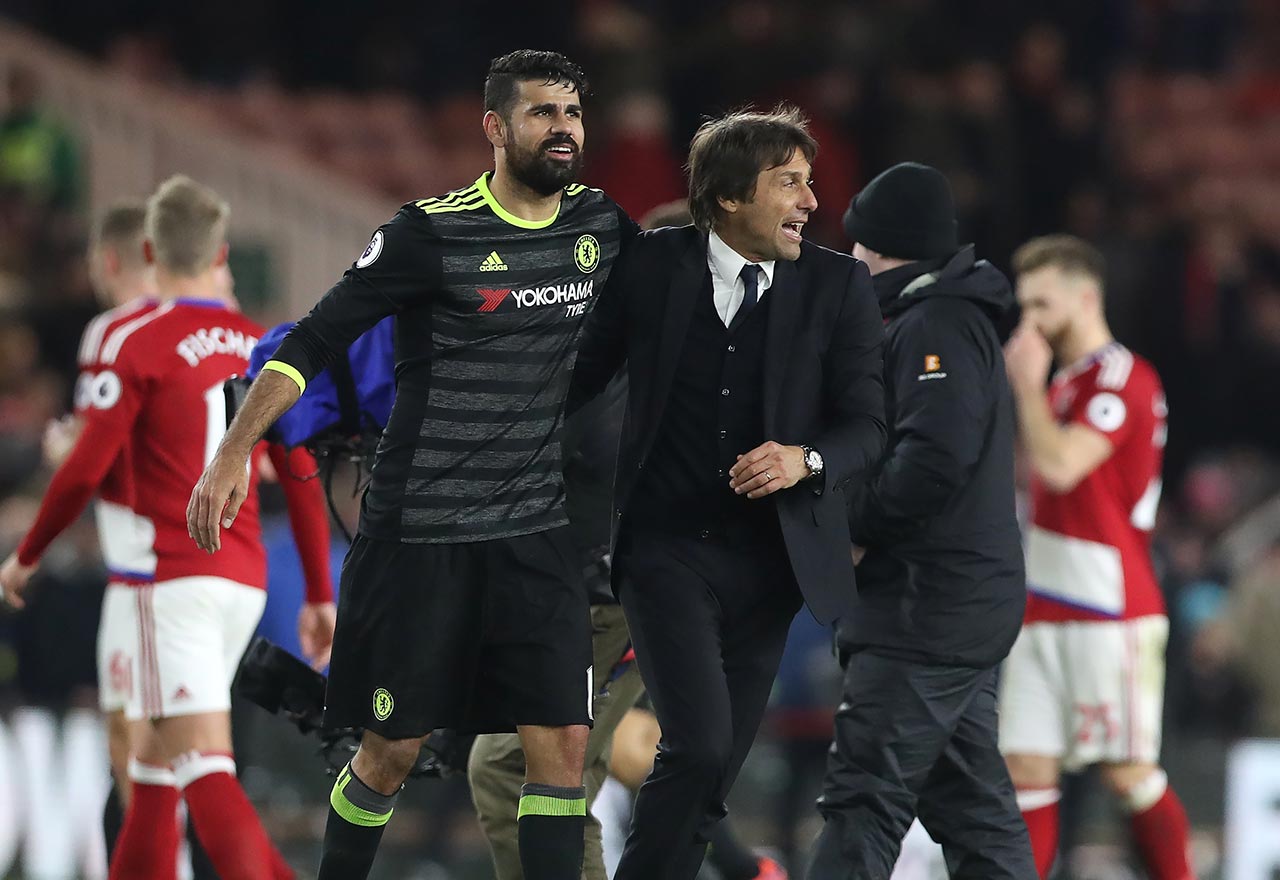 Since Antonio Conte switched to 3-4-3, Chelsea have seen vast improvements on the pitch. The world’s biggest social network for sports betting has found that in the Blues’ last five Premier League games, since changing to three-at-the-back, their on-field statistics both defensively and offensively have improved – scoring 16 and conceding none.

It’s proven to be a shrewd move; Chelsea were averaging 16.7 shots per game prior to Conte’s tinkering and the Londoners are now up to 17.2 – with 7.4 of shots now hitting the target up from a lowly 5.5.

Chelsea are down to an average of 52.6% in the possession statistics, but this shows that Conte’s side are doing more with the ball when they have it. Pass succession is up to 83.2% from 81% and their unpredictability is proving hard to handle.

The inclusion on wing-backs Victor Moses and Marcos Alonso allows Eden Hazard more freedom and Chelsea have completed an average of 15.1 dribbles per game using the new formation, which is the second highest in the Premier League.

An average of 66.2 direct balls per game is already higher than the 62.5 accumulated during the start of the season and the Blues are topping the table in most goals from open play – 20 in total – and are already 19 behind last season’s tally.

Conte has brought defensive solidity to Stamford Bridge with his side conceding just 8.4 shots per game, compared to last season’s 12.7.  They’re also averaging 21.8 tackles and 17.2 important interceptions since reverting to 3-4-3 – which is considerably higher than last season and the first six matches.

But Chelsea are not the only side who have resorted to a three-man defence this season.

Pep Guardiola has tested it out at Manchester City, while struggling West Ham have used it four times, winning twice, and, like Chelsea, benefited from having more fluidity across the pitch.

Brendan Rodgers brought the tactic back in 2014, and his Liverpool side picked up an impressive 33 points from 13 games.

But from the statistics and Chelsea’s unstoppable form, Conte has brought a new dimension to three-at-the-back and is revolutionising the tactic.

This formation is one of the stunning decisions of Konte, I think so!!!

Did Chelsea’s rugby training last season have an effect on their performance so far this season?
Chelsea Top the Table Thanks to Diego