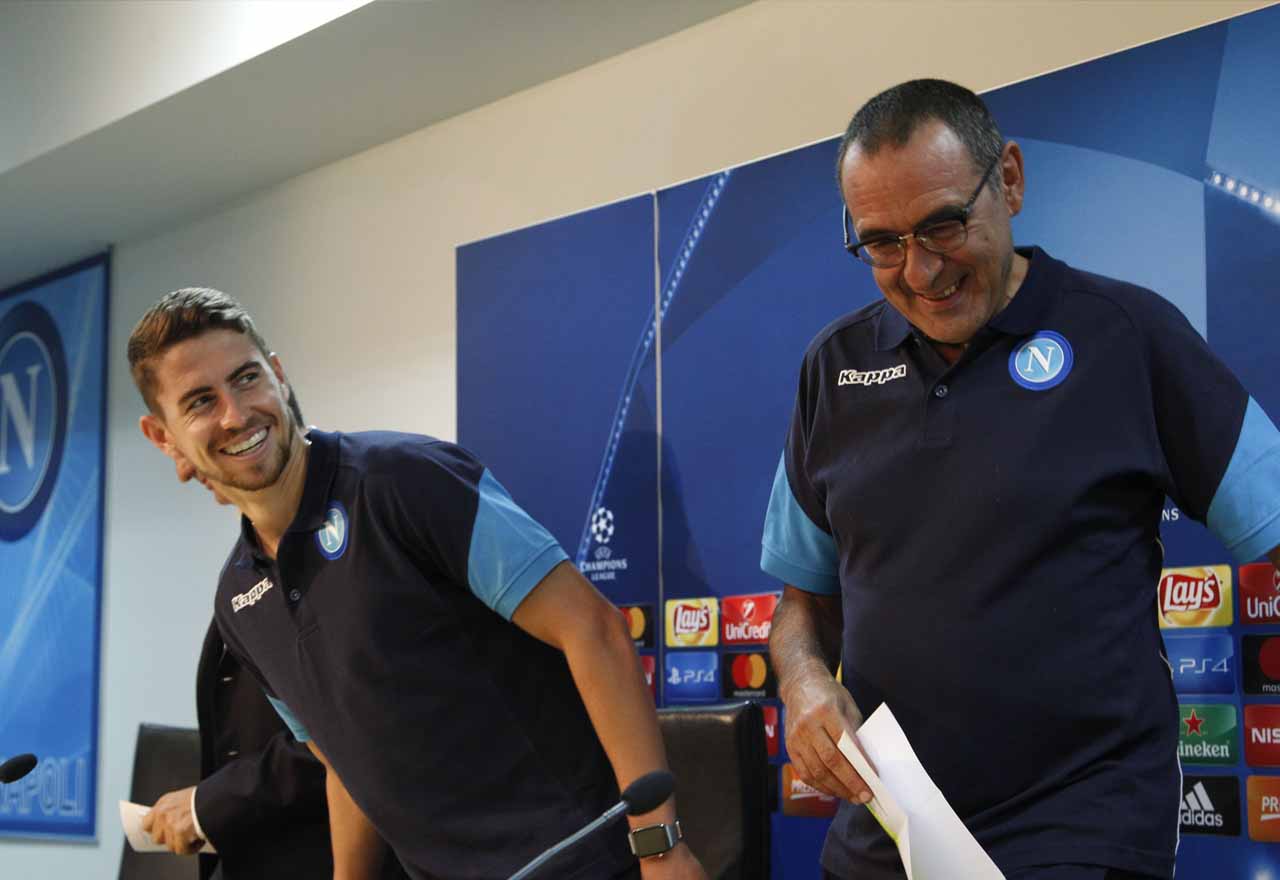 Following the arrivals of Maurizio Sarri and Jorginho, Chelsea’s summer has been turned upside down.

That’s no exaggeration. Sarri is a mastermind, and Jorginho’s arrival will ease the Italian’s transition into life at Stamford Bridge.

Sarri’s work starts now. He needs to figure out what he wants his Chelsea side to look like next season, and act accordingly in the transfer market.

Italian journalist Alfredo Pedulla has claimed that Chelsea could bring in Daniele Rugani, Gonzalo Higuain, Aleksandr Golovin and Alisson Becker in the next week or so.

Pedulla was on the ball when it came to providing updates on Sarri, so we’re going to take this information into account in this piece.

We’ve considered three ways that Chelsea could lineup in the 2018/19 campaign following the arrivals of Sarri and Jorginho. Do you agree with us, Blues?

Learn from the Villas-Boas disaster Andre Villas-Boas attempted to change too much, too soon. He, like Sarri, was one of most coveted managers in the world when he took the Chelsea job, but it all fell apart for him in front of his eyes.

Sarri ought to be wary of attempted to make wholesale changes in the few weeks that remain before the start of the Premier League campaign. Could he stick with 3-4-3? It’s unlikely, but if he did, we imagine it’d look something like this. If it ain’t broke, don’t fix it. Sarri’s Napoli were one of the most entertaining sides in Europe last season. If he gets Chelsea playing in the manner in which they did last term, it’s going to be glorious.

To do that, he could look to implement the exact system that he used at the Stadio San Paolo, with Jorginho at the heart of the midfield.

If Pedulla is right in thinking that Golovin could join, it’d leave our midfield looking more dynamic and inventive as it has for years. We’d love to see this side in action.

Have faith in Loftus-Cheek Following his inclusion in England’s World Cup squad, Ruben Loftus-Cheek’s stock has never been higher. Chelsea are going to have to do something special to convince him to stay, and we reckon that Sarri should build the team around him.

He may not boast a C.V like many of his Chelsea teammates, but he has the potential to be one of the best players we have ever produced.

Sarri could provide Loftus-Cheek with a considerable role in midfield. He could be our driving force in the middle, the link between the midfield and attack. That cohesion didn’t exist last term – Ruben could change that.

Option 2 but rlc for golovin and morata for higuain

Now option 3 I really do like, only thing is I don’t want to see Morata leave I think give him one more season.