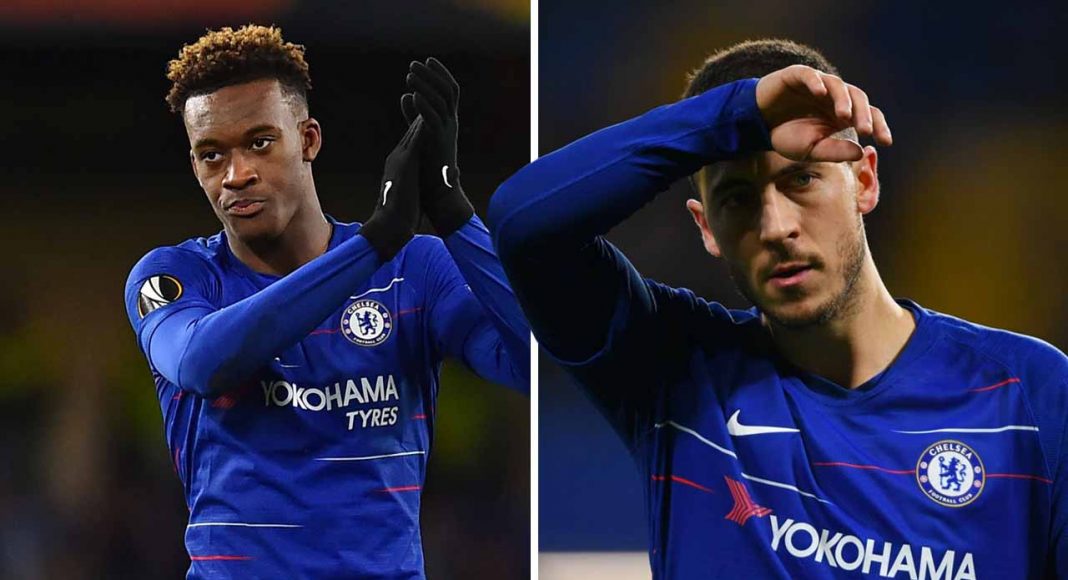 For a long time,  Chelsea fans have been watching every one of Maurizio Sarri’s starting XIs hoping to see one (well, three) names on the team sheet: Callum Hudson-Odoi.

Now, in games like the fixture against Slavia Prague tomorrow, many will be hoping that they don’t see the 18 year old’s name feature.

Why? Because anyone who plays tomorrow is almost certain to miss out against Burnley on Monday night.

It’s been a hectic couple of weeks of action, and players up and down the pitch look in need of a rest. Callum didn’t play too well against Liverpool at the weekend, and we fear Sarri may use that as an excuse to return him to the “B” team that plays mainly in the Europa League.

Of course, we know we’re spoiled now to be complaining about which games he starts rather than if he starts at all. That just shows how far we’ve come in terms of his place i the squad over the last few months.

Forget about it fourth place in the league we have no chance, concentrate all our energies in to the ELC it’s our only way of getting into the ECL next season, so we need our best players out there for these games.