Talk Chelsea
Home Opinions POTENTIAL LINEUP: Is this how Chelsea will shape-up against West Ham? 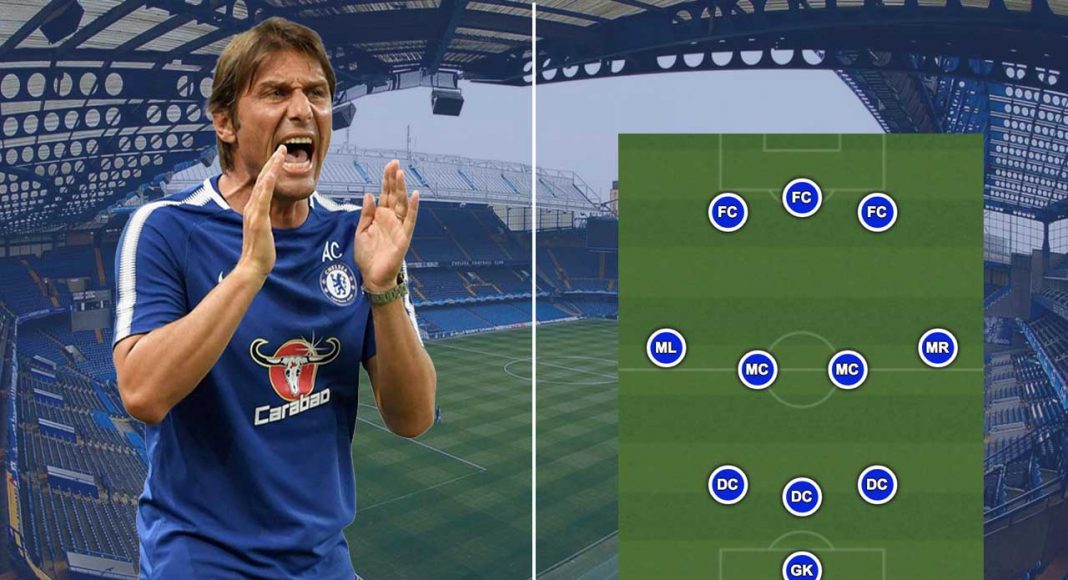 Chelsea host West Ham United at Stamford Bridge on Sunday afternoon knowing only a win will do in our pursuit of Champions League qualification.

With injury-hit Liverpool dropping points in the Merseyside derby, we have been offered hope, albeit only a flicker, of making up the ground between ourselves and our rivals.

We find ourselves eight points outside of the top four with just seven games to go. It would take a capitulation similar to Manchester United’s back in 2011/12 for us to pull it off.

Our task is simple. We must pick up maximum points from our remaining fixtures. That begins tomorrow against rivals West Ham in front of an already disgruntled Stamford Bridge crowd, who had their hearts broken earlier this week by the passing of club legend Ray Wilkins.

Antonio Conte will have the fitness of six players on his mind ahead of the game, but confirmed in his pre-match press conference that both Thibaut Courtois and Pedro are fit to feature.

Bearing that in mind, we’ve had a punt at predicting how the Italian will line up his side for the game tomorrow. Do you agree with our selection?

It’ll be the same old same old Moses instead of Zappacosta, and there’s no one else other than Fabregas to play alongside of Kante.
What sad times this season has been squad wise.

Previous articleINJURY UPDATE: Antonio Conte has SIX injuries to contend with ahead of West Ham clash
Next articleWorld Cup 2018: Players who could catch Chelsea’s eye at the tournament