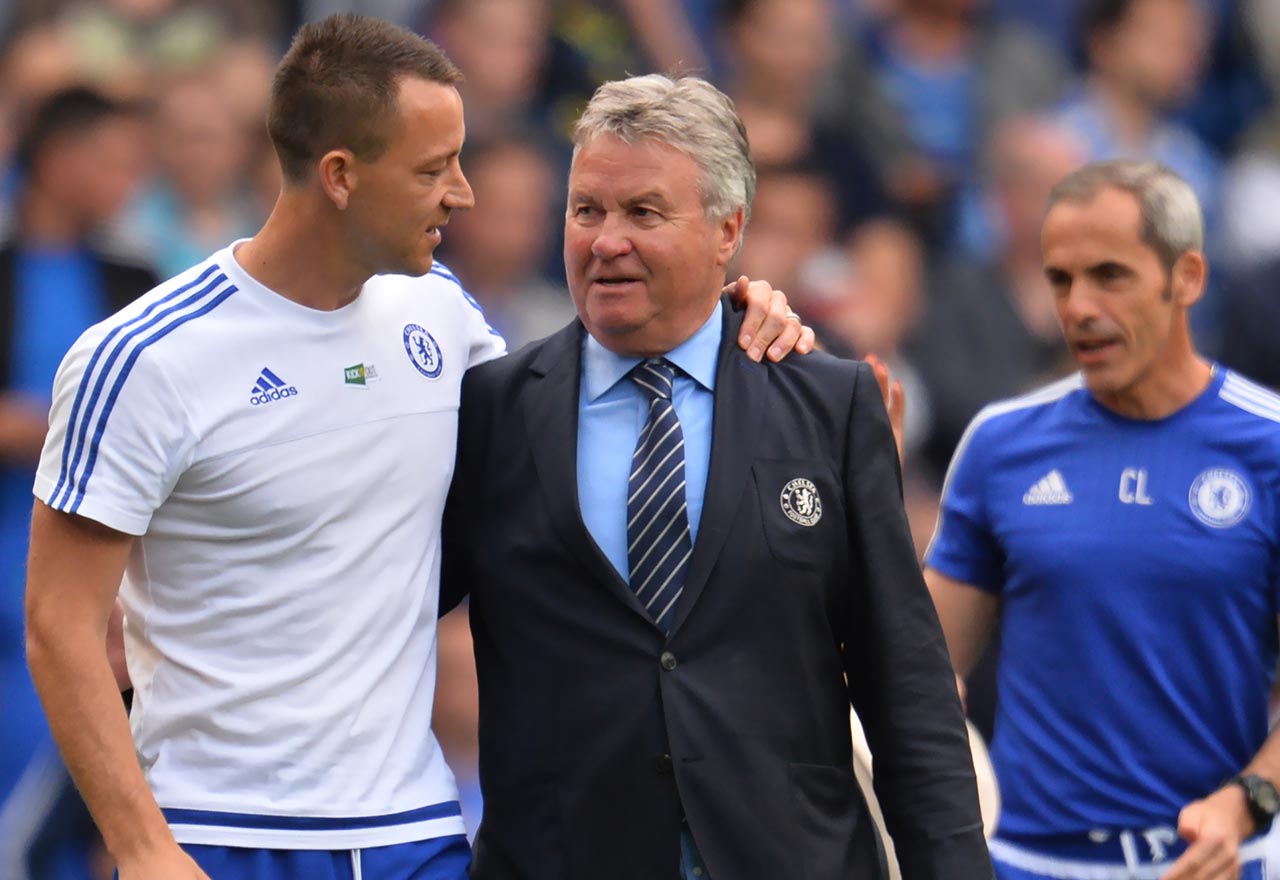 Chelsea fans must have thought their club was back where they belonged after José Mourinho returned and won the Premier League in the 2014/15 season. Sadly it wasn’t too last as a number of less than satisfying performances left the Portuguese manager sacked before Christmas of the 2015/16 season.

While Mourinho’s treatment of club physio Eva Carneiro has been cited as a factor for Chelsea’s under-performance, the combination of two managers has made the Blues a tougher and more formidable outfit in recent months. Dutch manager, Guus Hiddink was given the interim Chelsea manager job for the second time in his career, it’s a true wonder he’s never been given the job on a permanent basis after rescuing the club twice and even winning the FA Cup in 2009.

In December 2015, Hiddink inherited a broken squad, their confidence shattered from the tail end of Mourinho’s tenure. Hiddink felt his players were too soft and decided they needed toughening up. As a result he started implementing rugby, wrestling and judo into their regular training routine in order to get them more comfortable with physical confrontations.

Since buying a majority stake in the club in 2003, Roman Abramovich has employed 7 permanent managers, including Mourinho twice, plus two different interim managers.

Antonio Conte is the latest man to have the job and will be keen to avoid the same fate as his predecessors. When he first joined the club, Conte allowed Chelsea to change him, playing the familiar 4-2-3-1 formation that has been used for the bulk of the last decade. Although he started the season promisingly with three consecutive wins, the form then went off the boil with two consecutive losses to Liverpool and Arsenal that were somewhat humiliating.

A Change Of Tactics

There were already rumours circulating that Conte would be fired, with the team in 8th place and an injury to John Terry, the Italian manager decided to revert back to a system that had brought him much success at Juventus and with the Italian national side.

In the game against Hull, Chelsea lined up with Conte’s trusted 3-4-3 formation and convincingly won the game 2-0. In fact, that was the first of six matches that Chelsea have played with the new formation and they have yet to concede a goal since. The matches have included an impressive 4-0 over Manchester United and 5-0 over Everton.

Six consecutive wins have put Chelsea at the top of the table where they look difficult to beat at present. They also look much tougher than last season, for that Conte may have to thank Hiddink and his rugby training.