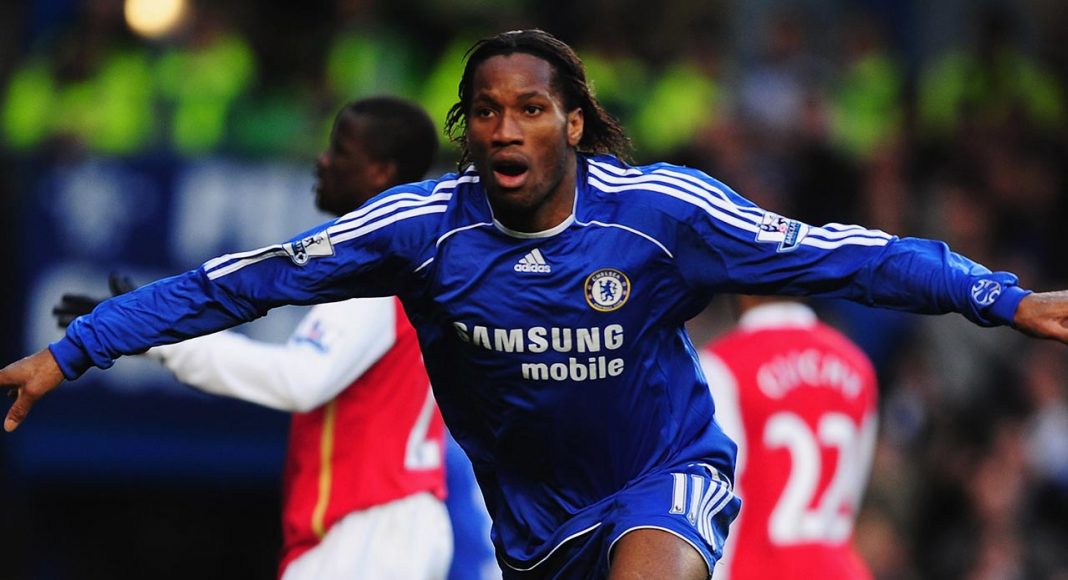 Drogba who now plays for MLS side Montreal Impact in the MLS is currently over in England on his off-season break and sat in between Hiddink and Abramovich for the match against Sunderland yesterday.

The 37-year-old’s attendance at Stamford Bridge comes after Montreal Impact denied speculation that he had been contacted regarding a return to the club.

Drogba scored 12 goals in 14 matches for Montreal after signing in July following the end of his second spell at Chelsea.

Drogba has played under Hiddink before when the Dutchman took interim charge of Chelsea in 2009.

Just last month, Drogba admitted that he has an agreement to return to Chelsea once he finishes his playing career.

Speaking to BBC Africa, he said:

‘I want to give back to the club which has given so much to me. I have agreed that with the club directors.

‘Why not manager? Why not sporting director, trainer at the academy or maybe an advising role for strikers?’

Previous articleCould this be the new Chelsea home kit?
Next articleThe best Chelsea centre backs of the modern era

TalkChelsea is strictly for informational and entertainment purposes. Our website is no way connected or affiliated with Chelsea Football Club or any other related fan sites. The views and opinions expressed here are in no way representative of Chelsea Football Club. All images on this website are the property of their respective owners.
© 2020 Talk Chelsea | Design by James Porter | Hosting by RackSRV
MORE STORIES