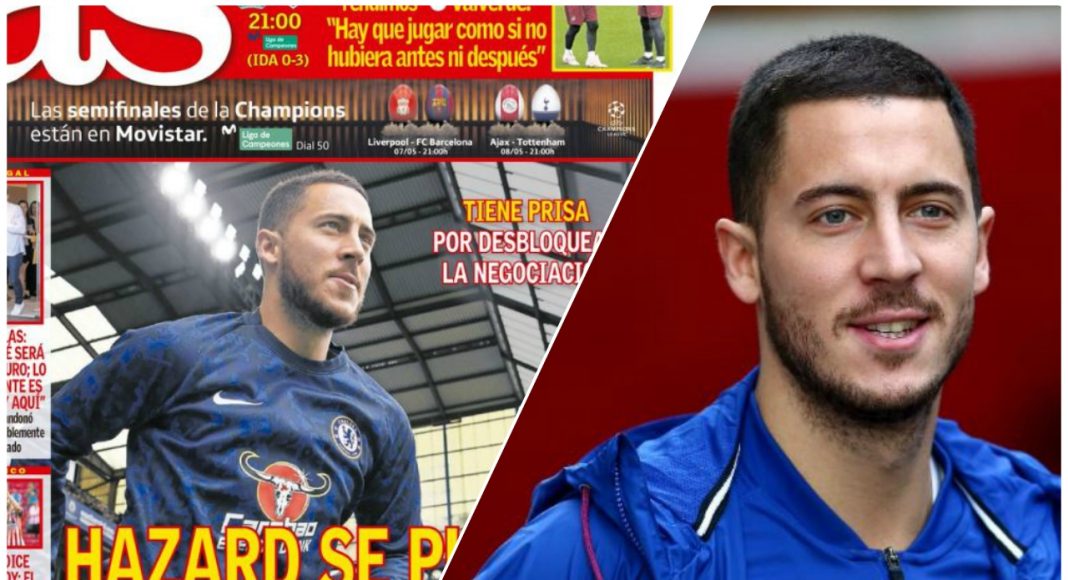 A new wave of transfer rumours  regarding Eden Hazard began last night in Spain, with daily football paper AS claiming that the Belgian is “planning” on handing in a transfer request to Chelsea if his move to Madrid isn’t sorted out within the next few weeks.

Of course that is a possibility – it always is for any player in this situation. But the more you read the details in that piece, and the more you know this particular scenario, the less likely it seems that the Belgian will have to go through with it.

The simple fact is that, as the piece points out, Hazard has gone to great lengths to preserve his good relationship with the Chelsea fans. They are happy to accept him leaving the club, but he knows that an official transfer demand would definitely damage his legacy.

The other important fact, also mentioned in the article, is that Chelsea and Real Madrid aren’t actually that far apart in their valuations. AS say they stand €15m apart, which in football terms is not huge, especially when a star like Eden is concerned.

It suits both clubs, and Hazard, to find a solution without the need to go down the route of making any official demands. It’s understood that he’s told the club he wants to go behind the scenes, and from his point of view one would imagine that’s the furthest he wants to go.

Diving into the Spanish text of the AS article, the bold language of the front page is much more muted – they say that he “hasn’t ruled out” a transfer request here, hardly the same thing as “planning” one.

As it stands, it’s a game of chicken between Florentino Perez and Marina Granovskaia over a few million euros. If there is no resolution in a couple of months the situation may change, but as it stands it’s all three parties’ interest to conclude this deal quickly and cleanly – without the need for any transfer requests, or even worse, a Thibaut Courtois-style training strike.

The Hazard situation, if not well managed, could come to unsettle Hazard and haunt Chelsea. Luckily, champions league football for the next season is secured. They could put some icing on the cake by winning the Europa League.