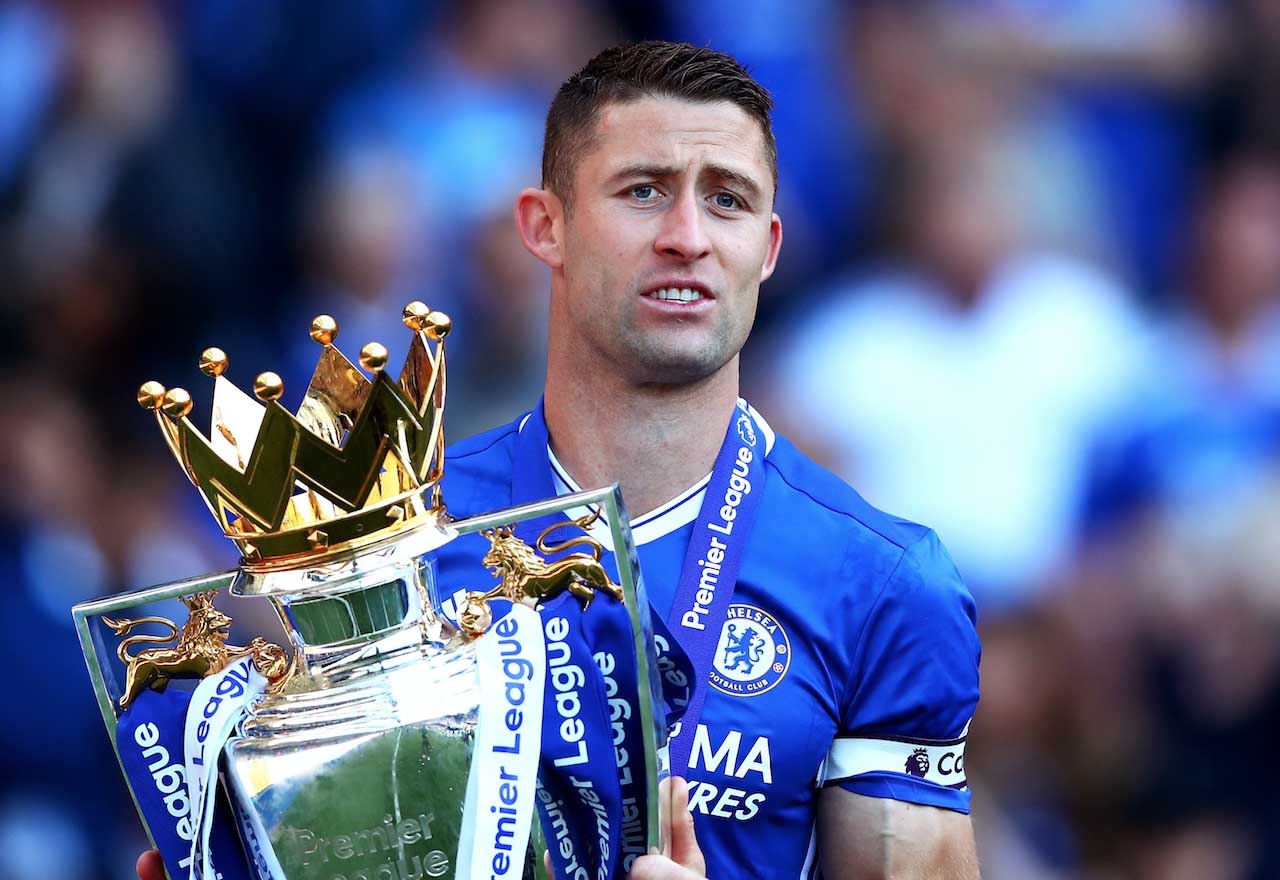 Although joining Chelsea back in 2012 for a modest fee of £7m, Gary Cahill has gone on to win almost every available trophy with the club, and is set to add a second Premier League medal to his collection.

However, what would make this expected triumph more significant for Cahill is the new role he has played in the team. Ever since John Terry picked up an injury against Swansea – just four games into the season – Cahill has been the man entrusted with the captain’s armband.

Whilst captaincy in football has tended to not mean as much as it may have done so in the past, Cahill has done very well to pick up the Terry’s mantle on the pitch, acting as the ringmaster at the back. With Chelsea’s squad having its fair share of characters, it’s important for Conte’s side to have a leader on the pitch, capable of marshalling the troops from within and leading by example.

In spite of the fact that Cahill has been at the centre of a multi-title-winning defence, in the past, the England international has been the recipient of plenty of criticism for his performances. Many fans have singled him out for various defensive errors or slip-ups, ignoring his key role in much of Chelsea’s recent success.

Although Chelsea are speeding down the freeway, over the horizon and onto the title, leaving their rivals in the dust, there was a potential banana skin at the weekend in the form of Mark Hughes’ Stoke side. In a tight and hotly contested tie at the bet365 Stadium, Chelsea threw everything and the kitchen sink at Stoke, only for the Potters to survive like a cat with nine lives.

As the clock ticked on and time looked to be running out, it was Cahill who stood up and finally made the breakthrough. You could describe the goal as fortuitous, but the captain was the first to react to the loose ball following a corner and thrash it past the rooted Lee Grant.

The ensuing celebrations suited the moment, as Cahill and co charged to the corner flag and into the stands to enjoy the relieving moment with the travelling Chelsea fans. Victory at Stoke means that Chelsea are ten clear with ten games to go, a gap that seems almost insurmountable considering the inconsistency of their rivals.

With that goal, Cahill is now on six goals for the season in all competitions. And much like Terry down the years, Cahill has proven this season his ability to help in attack. If he can add more clutch moments like the one against Stoke at the weekend, then it seems that it would be impossible to not call Cahill one of Chelsea’s most valuable players.

5 Players Chelsea Could Look to Sign this Summer
Are Chelsea still on course for a second Premier League title in three years?