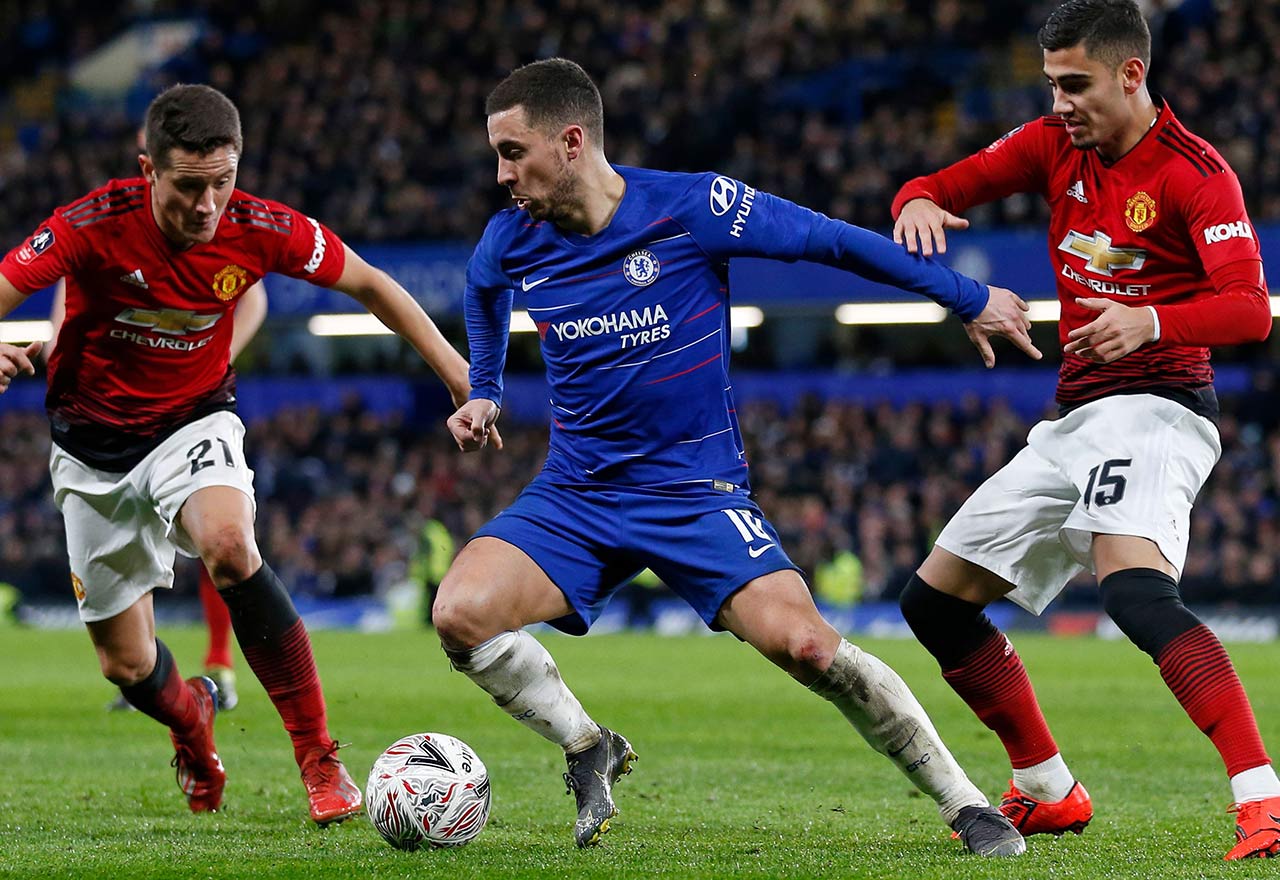 Chelsea and Man Utd play each other this Sunday in a game that could have a huge impact on both clubs top four ambitions.

BBC Pundit Mark Lawrenson believes Chelsea will find the game more open and has backed them to take fourth spot come the end of the season.

On Monday night the blues missed an opportunity to capitalise on Tottenham, Man Utd and Arsenal all losing at the weekend by only drawing 2-2 at home with Burnley.

Sarri’s team currently sit fourth in the Premier League table, only one point ahead of rivals Arsenal with the race to secure Champions League football set to go down to the wire.

Manchester United are all over the place at the moment, with seven defeats in their past nine matches in what is their worst run of results since 1988-89.

Seeing them line up with five at the back at home against City on Wednesday was almost an admission that they could not afford to lose that game, but they really need to win this one to keep alive their hopes of making the top four.

Yes, we saw a reaction against City after their awful performance against Everton, but if you look through United’s team they have got some very ordinary players.

Chelsea arguably need all three points too, especially after they were held by Burnley on Monday. Their frustration in that game was obvious, and I think they might find this match is little bit more open.

I think Tottenham will finish third but who takes fourth spot might not be settled until the final week of the season.

A point may well not be good enough from Chelsea’s perspective. We have two difficult games to contend with in Watford (H) and Leicester (A), with both sides competing for a spot in next season’s Europa League.

Sarri and co ought to head to Old Trafford with the intention of taking all three points from the game. That’d put us firmly in the driving seat for top four and allow us to focus further on the Europa League, which we’d love to win.