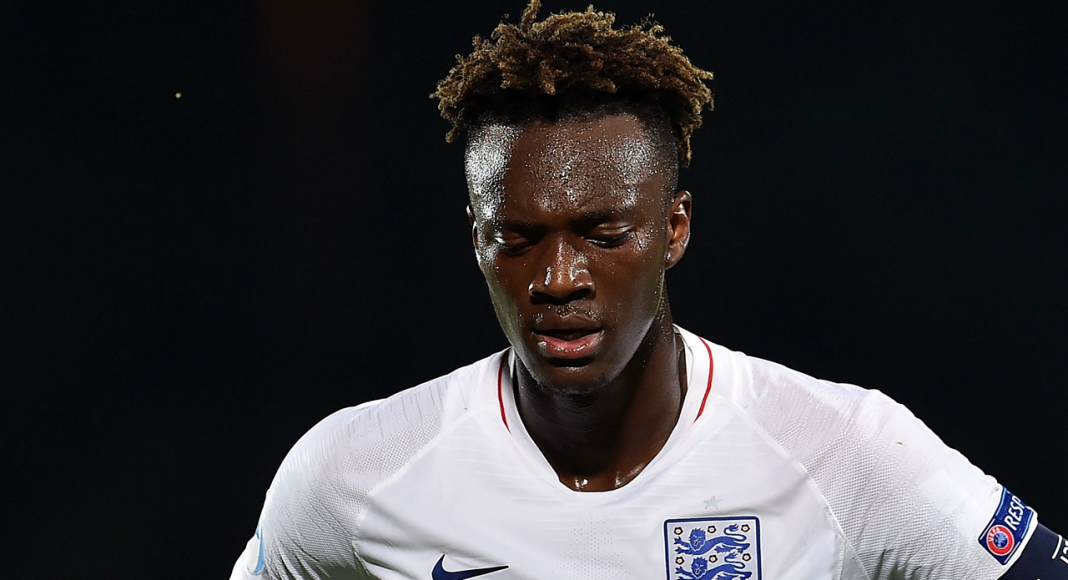 There’s something uncomfortable about writing pieces on the sporting effects of the coronavirus when it’s killing hundreds of people every day. But assuming you can go to news sources to read the news and come here to read about Chelsea, we will try to ignore that strange cognitive dissonance and focus on the only area we’re qualified to comment on.

UEFA had a video conference yesterday where they confirmed that Euro 2020 would now be Euro 2021. It was an easy move for them, in reality, allowing them to just cancel the Nations League and hope that the continent is back in a state to host an international football competition in 18 months time.

One big loser from this – although he will personally be far more concerned with the safety of millions across the continent – is Tammy Abraham. While he spent the last few weeks of the season out injured, he was all set to be England’s number 9 at the tournament this summer.

After a breakout year leading the line for Chelsea, the striker looked to be heading to the tournament as England’s backup behind Harry Kane. When the Spurs striker hurt himself in the Spring, it looked as though everything had fallen into place.

Gareth Southgate knows Abraham from the youth sides, had seen him excel in the Premier League for an extended period, and would in all likelihood have gone with the tall, humble and hard-working striker to replace Kane’s influence up top.

Now, with everything pushed back a year, England star Kane will presumably be ready to retake his place come summer 2021. But that doesn’t close the door on Abraham entirely – he will just see this all as a new challenge.

The injuries Kane has started to pick up regularly make him less reliable, and also seem to have cost him a yard of pace. Tammy, on the other hand, has all the tools, and is rapidly improving thanks to top-level coaching and the standard of players in the team around him now.

He will have another full season to continue impressing, and maybe by next summer he will be going as England’s first choice not because Kane isn’t available, but because Abraham has developed into a better all-round option for Southgate.

It’s good news for others too – Reece James, Callum Hudson-Odoi, Mason Mount, Ruben Loftus-Cheek, Fikayo Tomori (the list goes on) were all expected to be competing for squad places, but unlikely to start. Now, with a whole extra season under their belts (that is, assuming a season is played at all), they all have another chance to make themselves starters.