Talk Chelsea
Home Opinions Why Chelsea will not chase Nicolas Pepe this summer, even though they... 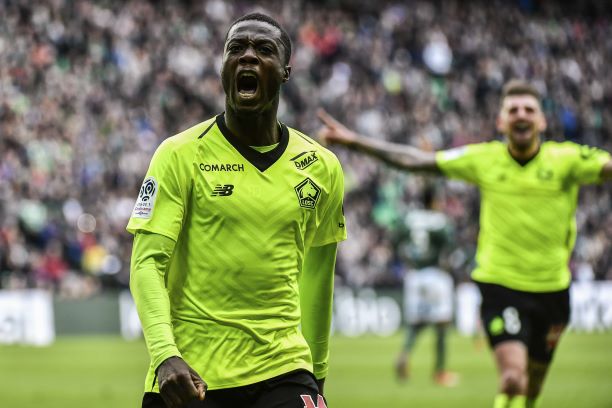 Nicolas Pepe has been one of the great breakout sensations in European football this season, tearing apart Ligue 1 with Lille and attracting the attention of all of Europe’s top clubs.

This week, Gerard Lopez, the president of Lille, confirmed that he would be leaving in the summer, as you can see in these quotes from Telefoot. There’s no point in them even pretending he will stick around now it seems. All they can do is start an auction to try and ramp up the price.

Lille 5-1 Paris Saint-Germain FT: PSG have conceded five goals in a league game for the first time since December 2000 (vs Sedan) https://t.co/FPrzKe5TVB pic.twitter.com/oJamCsSL49

Nicolas Pepe: Man of the Match vs PSG @losclive

Another player who looks set to leave their club this summer is Eden Hazard. He will likely depart Chelsea for Real Madrid, and some have suggested that Pepe, coming from Lille as Hazard did, would be an ideal replacement.

There’s no doubting he’s a strong candidate. But with Willian, Pedro, Callum Hudson-Odoi on the books, and Christian Pulisic on the books, it seems unlikely another top winger will be on the club’s agenda.

Reinforcements are needed in defence, in central midfield and up front. As talented as Pepe is, winger is just not high up enough on our list of priorities, even with Hazard leaving, for a transfer to really be considered likely – no matter how much we may regret it in the future.