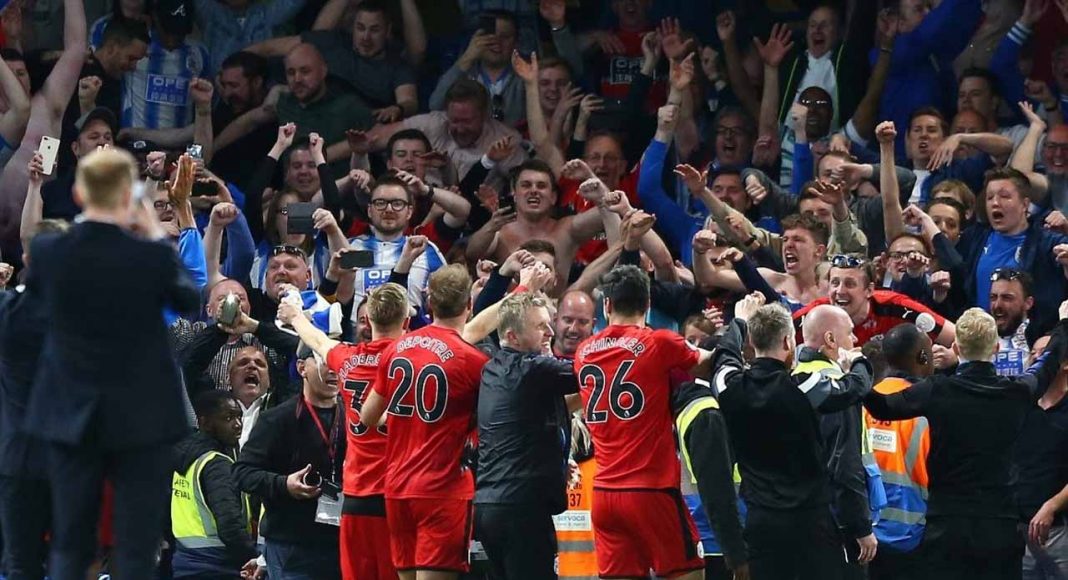 Chelsea’s hopes of qualifying for the Champions League came to an end last night with a sluggish and lacklustre draw with Huddersfield Town.

The Blues needed a victory against the visitors in order to keep the pressure on Tottenham and Liverpool heading into the final day of the Premier League season. However, Antonio Conte’s men were unable to get the result that they dearly needed.

It was Huddersfield’s Laurent Depoitre that gave his side the lead after a frustrating first-half. Depoitre chased the loose ball, clattered into Willy Caballero and found the back of the Chelsea net. It did look like a foul on Willy, but running that far out of his goal was not wise. Click here to see the goal.

Chelsea managed to find an equaliser. After a spot of ping-pong in the Huddersfield penalty box, the ball flew into the face of Marcos Alonso and found it’s way into the goal. It was one of the luckiest goals you’ll ever see on a night where not a lot was going for us. If you missed that one, click here.

That’s that then. We will be playing in the Europa league next season. Last night reminded us exactly why we are in this position. Dropping points against lower sides in games that were bread and butter last season.

Here’s our player ratings on a night to forget.