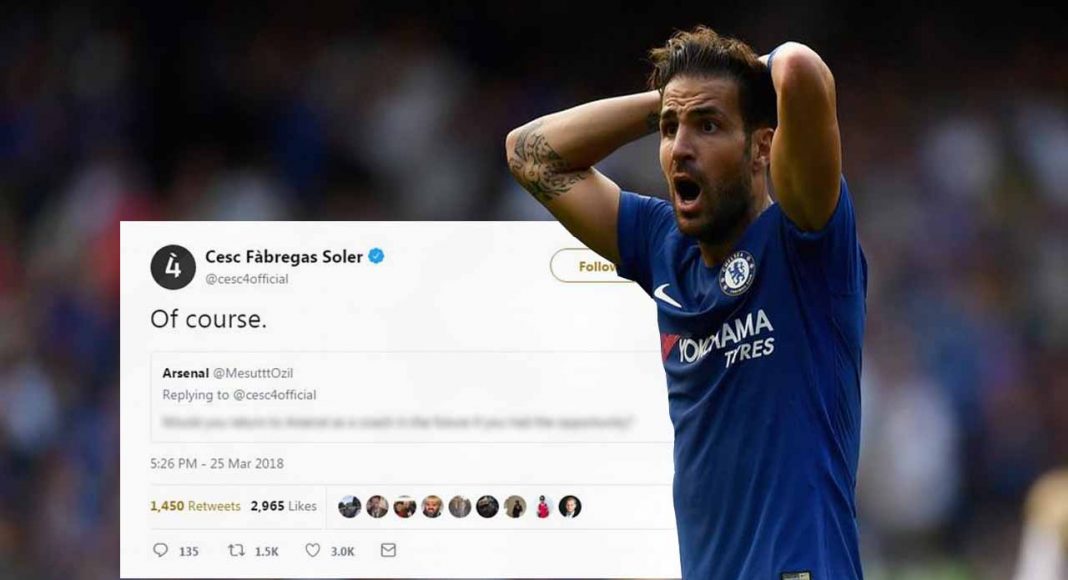 Cesc Fabregas has risked infuriating the Chelsea fanbase by admitting he would be open to the possibility of re-joining Arsenal one day.

Fabregas made a name for himself during his time at the Emirates, but departed in order to further his career and win trophies.

He did exactly that during his second stint at Barcelona, before making a controversial switch to the Gunners’ arch-rivals Chelsea.

After two Premier League title-triumphs as a Blue, Fabregas has been rotated in and out of the side by Antonio Conte. The Spaniard has never had the full trust of his manager, but has still had an important role to play under Conte’s stewardship.

Fabregas has less than 18-months left to run on his contract and appears to be in no rush to sign an extension.

What the future holds for him remains to be seen, but he has admitted that he would be open to the possibility of returning to the Emirates during a Twitter Q&A. Arsenal will always have a place in Fabregas’ heart, that we can accept, but it’s not exactly wise to publicly admit you would be prepared to join them (even just as a coach) when you’re still a Chelsea player.

What do you make of this, Blues?