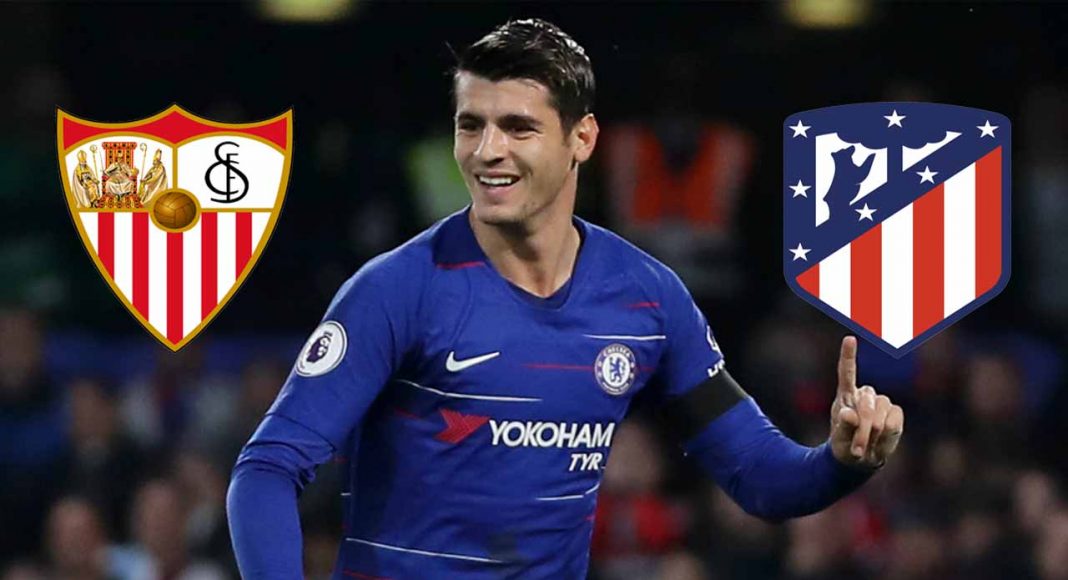 Sevilla have been linked with a move for Morata, with the La Liga side’s director of football Joaquin Caparros confirming their interest in signing him. Caparros also noted his belief that Morata wanted to join them, but the move could prove to be complicated.

Further complications, from Sevilla’s perspective, have arisen in the shape of competition from a direct competitive rival. Goal report that Atletico Madrid have entered the race to sign Morata from Chelsea this month.

Morata was signed by Chelsea to replace Diego Costa, who rejoined Atletico. Atletico could now sign Morata as Costa’s replacement, with the Spaniard struggling to find the back of the net at the Wanda Metropolitano. Football, eh?

On one side you have a striker who did perform for Chelsea, but his issues off the field left his position at the club untenable, while on the other there’s Morata, who has been a real disappointment considering the money we paid for him.

A question marks remains over whether Chelsea would be prepared to see Morata walk out of the door midseason. Perhaps if our pursuit of Gonzalo Higuain proves fruitful, this move will be able to materialise.