Talk Chelsea
Home Transfers Transfers: Cesc Fabregas signs for Monaco, here’s what Chelsea will get in... 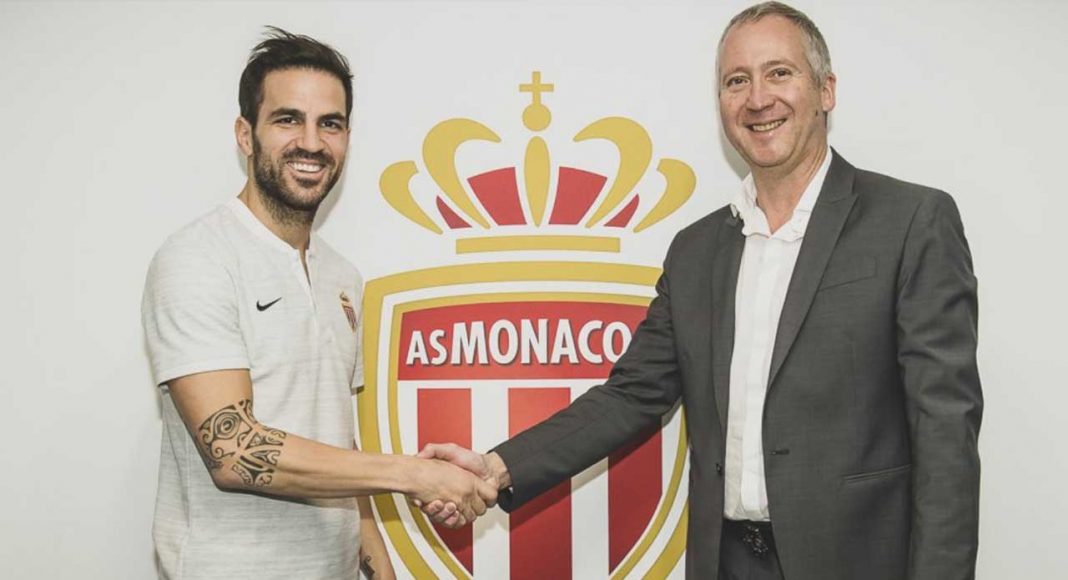 Cesc Fabregas is officially a Monaco player, with the transfer going through on Friday night following a week of hold-up.

Wow. I’m honoured to announce that I will be starting an exciting journey with this wonderfully historic Club. @as_monaco will be my home for the next 3.5 years and I cannot wait to start this new challenge. #daghemunegu #NowItsTime pic.twitter.com/t2rB4Vqklh

Fabregas waved goodbye to Chelsea fans at the weekend, the club prevented finalisation of the transfer until they were able to secure a replacement for the Spaniard.

With both Leandro Parades and Nicolo Barella being closely linked with the club, Chelsea must be confident that Fabregas’ void will be filled in the coming weeks. He has subsequently been allowed to reunite with former teammate Thierry Henry in Ligue 1.

Chelsea’s pursuit of a replacement has not been fully funded be Fabregas’ departure, but we could receive up to £10M depending on his and Monaco’s performances over the next three-and-a-half-years of his contract.

Monaco initially get Cesc for free but the fee could end up being €11M (£10m). The cost is wrapped up in clauses around the performances of Fabregas and the team as a whole. #CFC

We need to get a replacement through the door as soon as possible. If Jorginho picks up a knock, we’d look extremely short in the middle of the park. Whether it be Parades or Barella, let’s get it done.